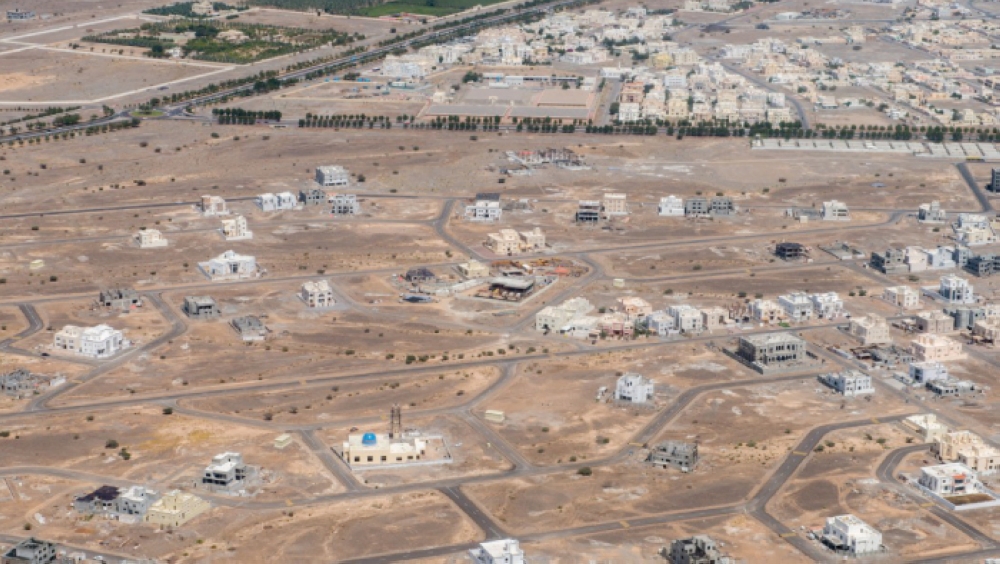 Muscat: Oman's government has granted over 33,000 plots of land in 2018 alone, according to the National Center for Statistics and Information (NCSI) .
According to an NCSI report, 33,903 land plots were granted in total in 2018, compared to 36,902 plots of land in 2017, which marks an 8 per cent decrease over one year.
Most of the land was given to Omanis to build homes for themselves upon, rather than for commercial or industrial use.
30,448 of the plots of land were residential lands for building homes, which amounted to 89.8 percent of all the plots of land granted by the government in 2018. 550 of the plots of land were commercial, which can only be used to construct commercial buildings, and 1,180 plots of land were commercial/residential plots, which are plots of land can be used for either purpose.
Furthermore, 220 of the granted land plots in 2018 were meant for industrial purposes such as building factories, compared to 702 plots of land given in 2017.
Most of the land plots granted were not from Muscat, but rather in Central and Northern Oman.
According to the NCSI report, 8,441 land plots were granted to people in Al Dakhiliyah, followed by 5819 land plots in Al Dhahirah and 5,276 land plots in North Al Sharqiyah. However, the most commercial and commercial/residential plot lands were granted in Dhofar, which saw 257 commercial land plots and 642 commercial/residential land plots granted in 2018.
Despite the decrease in land given by the government, traders and land-owners are still registering more land for the first time than they did in 2017.
There were 67,116 new plots registered for the first time in 2018, compared to 58,515 registered plots in 2017 and 55,140 new plots registered in 2016. According to the NCSI, the vast majority of these new registrations in 2018 were for residential land at 56,683 land plots, followed by 6,446 agricultural land plots and 2,102 commercial/residential land plots.
Most of the new registrations were not in Muscat, but rather in North Al Batinah, which saw 13,502 new registrations in 2018, followed by Al Dakhiliyah at 12,405 land plots and South Al Batinah at 11,103 land plots.
Nearly OMR30 million's worth of real estate has been traded in 5 days in July, according to the Ministry of Housing.
A statement by the ministry read: "The real estate trade between July 21-25, 2019 has reached a value of more than OMR29 million, with nearly OMR11 of sales transactions and more than OMR18 million in mortgage processes.
"North Al Batinah and South Al Batinah registered the highest number of sales transactions during the period," the statement added.