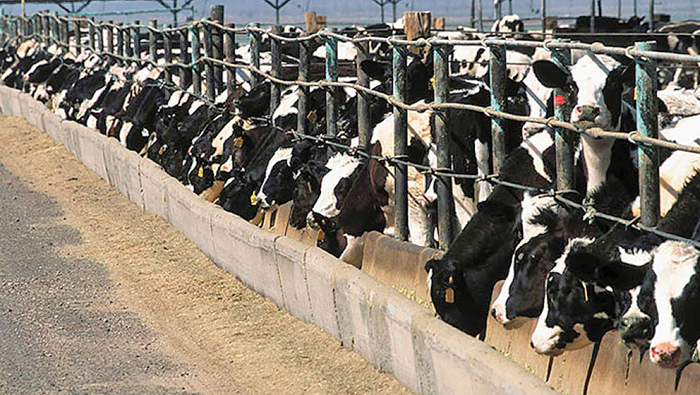 Muscat: Work on 17 upcoming agricultural and fisheries projects in Oman will continue in 2019, as the country continues to push forward with its Tanfeedh plans for economic expansion.
As one of five pillars that have been earmarked by the government for growth due to the fact they represent a high potential, investment in agriculture and fisheries will see the Sultanate make significant strides towards food security in the future. The other four Tanfeedh pillars are mining and energy, transport and logistics, tourism, and manufacturing.
According to the annual report released by the Implementation, Support and Follow-up Unit (ISFU), the government body that is overseeing the progress of the Tanfeedh objectives, there are five agricultural projects and 12 fisheries projects currently in the works.
Among the agricultural projects underway are the Mazoon Dairy project, the Osool poultry plant, the Bashayer meat project, and the setting up of Dana’s new table egg production plant. In addition, phase one of the Namaa project is also expected to be realised.
Expected to meet 90 per cent of Oman’s dairy needs, Mazoon Dairy will be located in the wilayah of Sunaina in Buraimi and will employ 1,000 people within the coming decade, and is expected to provide nearly a billion litres of milk by 2040.
“Long-term plans are a key element in the dairy’s planning and, as such, the current head-count of 4,000 Holstein-Frisian cows will rise to 25,000 by 2026 and the capacity of 202 million litres will rise to 985 million litres by 2040,” said the ISFU report. “This will have a knock-on effect of reducing the current import figure of 69 percent down to 13 per cent by 2026 and further again by 2040.”
Located in Ibri, Phase I of the Namaa project will increase Oman’s meat production capacity by 60,000 metric tonnes per annum.
It is also expected to feature hatcheries, a 50-tonne per hour feed mill, a water treatment plant, and a 200,000 bird per day slaughterhouse.
When set up, Osool Poultry is expected to produce 150 million eggs, while the Dana table egg project will contribute a further 200 million eggs per year. Commenting on the Osool project, the report said, “The breeder project will supply primarily to Oman to drive self-sufficiency between 80 and 85 per cent whilst creating jobs for Omanis in the farm sector. Based in Haima, it will also supply a percentage of production to the surrounding GCC countries from the forecast annual production of 150 million hatching eggs.
“Modern Poultry Farms (MPF), the producer of Dana Eggs, currently produces over 125 million eggs annually and though this project aims to increase that figure to 335 million eggs per year,” the ISFU added.
“The project is looking to build on its success and expand its operations with new international partners in the newly proposed location in Al Sunaina, Buraimi.”
Set up under the umbrella of the Oman Food Investment Company (OFIC), Al Bashayer Meat Company will provide premium red meat to consumers locally and internationally, as well as set up a butchery retail network to help customers buy these products. It will be located in Thumrait.
The 12 fisheries and seafood projects include farms in which to raise and harvest fish and other seafood, as well as processing plants to make them ready for export and public consumption. Two of the biggest projects here are the Dhofar seafood canning plant and Al Wusta Industrial Fisheries.
“Primarily focused on canning tuna, sardines, fish meal and fish oil, Dhofar Fisheries and Food Industries is unique in the GCC, and one of the largest in the Middle East, for fishing, processing, canning and marketing of fish and their by-products,” said the report.
“Al Wusta Industrial Fisheries intends to operate in the small pelagic commercial fleet-line that will target an unfished species and start trial-fishing for a period of two years (2018 and 2019). The fleets are targeting horse mackerel, an as-yet unfished small pelagic species located in Oman’s Exclusive Economic Zone (EEZ). The chosen vessel is capable of netting 100,000 tonnes per year from the available 1.3 million tons, making a minimal impact on the stock.
Work on five shrimp farms, Al Jazer, Bar Al Hikman and Bentout (Al Wusta), Quron and Khuwaima (South Al Sharqiyah), are currently underway. Put together, these five shrimp farms will deliver 71,200 tonnes of shrimp per annum once they’re up and running.
“Located in Mahout in Al Wusta Governorate, Bentout Shrimp Farm is the first shrimp farming project established in Oman, with the first harvest expected in 2021,” said the report. “In 2018, the project owner sought to have an additional 350 hectares of land.” Two abalone farms are also currently under development, in Mirbat and Sharbathat in the Dhofar Governorate.
A recirculating aquaculture system is also being set up to harvest salmon in Quriyat, while a hatchery capable of producing 40 million juveniles annually is being planned for Al Bustan in Muscat. An algae farm aiming to produce 100,000 tonnes of algae annually is also being set up in Al Sharqiyah, with the first harvest expected in 2022.