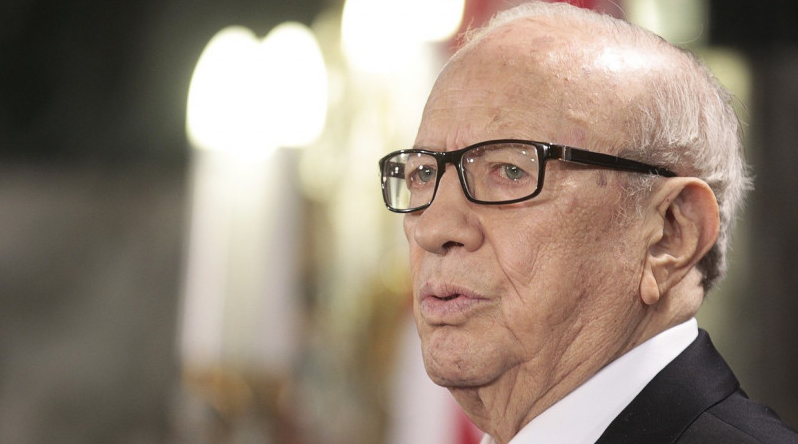 Tunis: The President of Tunisia Beji Caid Essebsi passed away on Thursday, state media in the North African country announced.

Essebsi, the country's first democratically elected president, was 92-years-old when he died.

News of his passing sparked an outpouring of condolences from world leaders and diplomats, with many praising Essebsi for his role in helping steer Tunisia's transition to democracy.

UN Secretary General Antonio Guterres said, "I was deeply saddened to learn of the passing of President Beji Caid Essebsi of Tunisia. He was instrumental in steering the country through its peaceful transition to democracy, and will be remembered for his bold determination to uphold democratic rule and promote human rights."

Justin Trudeau, the Prime Minsiter of Canada, said in a statement, "Canada stands today with the people of Tunisia as they grieve the passing of their President, Beji Caid Essebsi.

“President Essebsi was the country’s first president to be elected by the Tunisian people, and was a key figure in Tunisia’s transition to democracy since 2011. Tunisia has made important political and economic reforms since that time, and Canada will continue to work with the Tunisian government to promote democracy, peace and security, respect for human rights, and gender equality," Trudeau added.

Following Essebsi's death, the country's Speaker of Parliament Mohamed Ennaceur was sworn-in as interim president. Presidential elections that were due to be held in November have been moved up to September 15.

Mourners, including the President of France Emmanuel Macron, gave Essebsi a final farewell during a state funeral in Tunisia's capital on Saturday.

Born in the seaside town of Sidi Bousaid in 1926, as a young man Essebsi joined the Neo-Destour party led by the country's founding father and first President Habib Bourguiba.

He would go on to become an adviser to Bourguiba after Tunisia gained independence from France in 1956. Essebsi would rise to a number of key posts, serving as interior minister, defense minister and minister of foreign affairs as well as the country's ambassador to Paris and Bonn.

Essebsi would spend years away from Tunisia's political scene before returning after the Jasmine Revolution ousted the country's longtime dictator Zine El-Abinedine Ben Ali, with Essebsi heading a transitional government as prime minister until parliamentary elections in October 2011.

He founded the Nidaa Tounes party in 2012, leading them to victory in the country's 2014 legislative elections. Later that year, he would be elected president, the first in the country to be chosen in a free and fair popular vote.