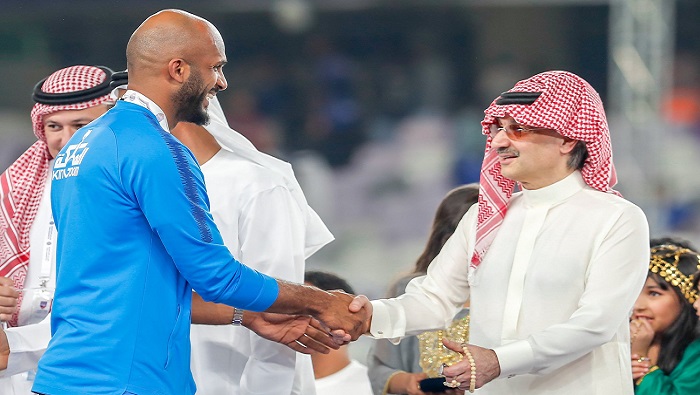 Muscat: Veteran Omani goalkeeper Ali Al Habsi has left Saudi Arabian club Al Hilal, after his contract was terminated by mutual consent.
He met senior officials in Riyadh to complete the necessary formalities, after he had previously left the club’s pre-season training camp in Austria.
“The management of the club held a simple celebration for Ali Al Habsi after the end of his association with Al Hilal, in appreciation of the great efforts made throughout the period of his representation of the club. He has signed a contract termination agreement,” said a spokesman for Al Hilal.
37-year-old Al Habsi joined Al Hilal in 2017, having signed a three-year deal with the capital club. Among his fondest memories in Riyadh are his contributions to the club’s 2018 title-winning season, having made a special mention of these moments in his thank-you message to the club and the fans.
“The beautiful days pass quickly, and only the memory remains,” said Al Habsi.
“The 2018 tournament was the most precious of these memories, which will remain with me, along with the excited voice of Amer Abdulla saying ‘Habsi keeps the league in Riyadh.’
“Greetings and thanks to the brothers, the management of Al Hilal Club and its fans and members, and to all the sons of the Kingdom of Saudi Arabia who overwhelmed me with their welcome and generosity,” he added. “They were the best supporters I could have had while I was in this special place.”
“I have spent my professional life at many places and had many experiences, and perhaps being at Al Hilal Club was one of the most stable experiences at a psychological level. I cannot hide how much I felt at home here,” said Al Habsi.
Al Habsi became the first Arab from the Gulf Cooperation Council to play in Europe, when he signed for Norwegian side FC Lyn Oslo in 2003, before moving to the English Premier League with Bolton Wanderers in 2006.
Bolton aside, he played for three other English sides – Wigan Athletic, Brighton and Hove Albion, and Reading.
He became the first Omani to win the FA Cup in 2013, when his unfancied Wigan side stunned Premier League giants Manchester City. Al Habsi was also part of the Oman national football team side that won their first Arabian Gulf Cup, which was secured on home soil in 2009.