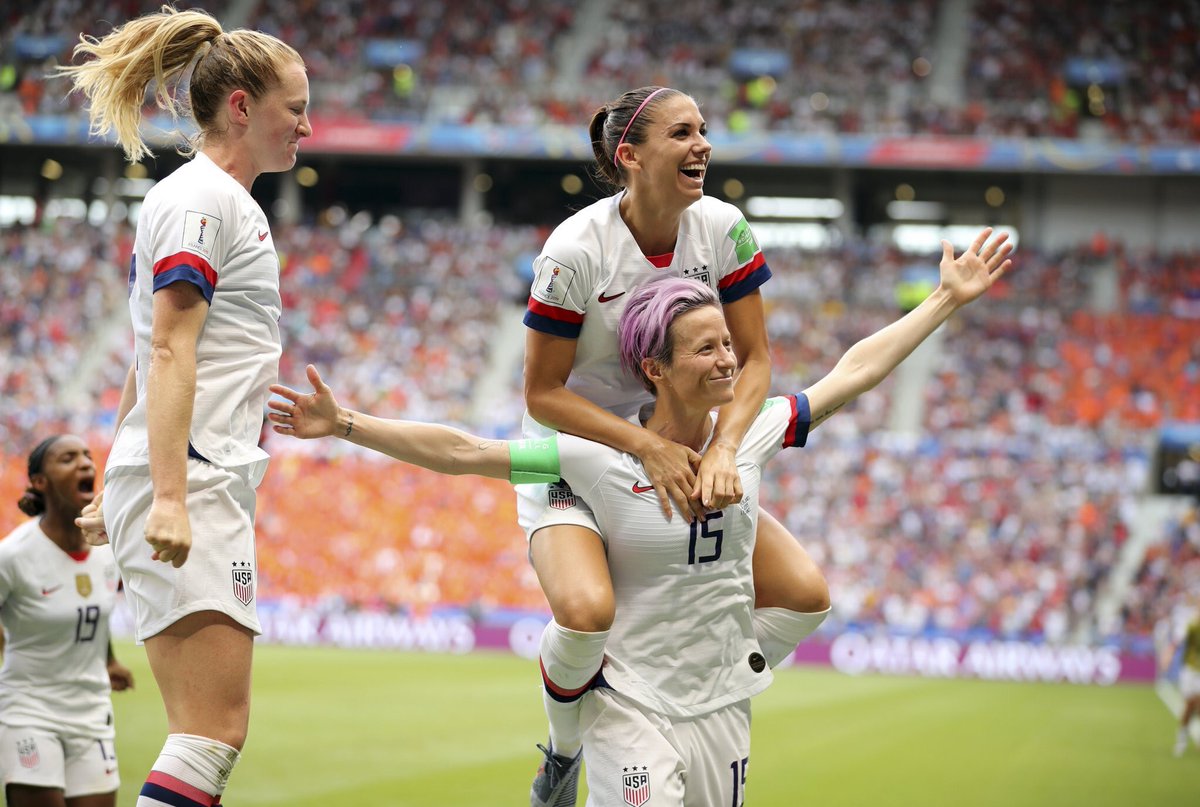 Lyon: The United States have won their fourth Women's World Cup after a 2-0 win over the Netherlands.

Megan Rapinoe opened the scoring for the Americans with a VAR assisted penalty in the 61st minute after a high boot by defender Stefanie van der Gragt.

Rose Lavelle made it 2-0 with a booming shot eight minutes later.

The first half of the final had ended goalless.

Played in the Parc Olympique Lyonnais in France, the game had seen the Dutch begin strongly, but the reigning champions USA got into the game as it progressed.

The best moment of the match came in the 38th minute when Netherlands goalkeeper Sari van Veenendaal pulled off a stunning double save to keep out star striker Alex Morgan and midfielder Samantha Mewis.

Shortly afterwards, US defender Abby Dahlkemper was cautioned by the referee and shown a yellow card.

The Netherlands were attempting to become the third European side to have won the World Cup, which has been previously won by Germany and Norway.

Ahead of the second half, possibly to make her experience count, Ali Krieger was brought in for defender Kelly O'Hara. Krieger's appearance against the Dutch made her the fourth female American player to appear in three World Cup final games. O'Hara was later found to be carrying a head injury that she'd picked up after a collision with Lieke Martens at the very end of the first half.

As the match ticked past the 60th minute and the game continued to remain goalless, the Yanks were temporarily reduced to 10 players when defender Becky Sauerbrunn suffered a nasty head injury and needed treatment for a gash across her face.

However, immediately afterwards, defender Stefanie van der Gragt was penalised for a high boot and the referee, after checking the monitor feeds provided by the Video Assistant Referee, pointed to the penalty spot, offering the US a chance to open the scoring.

Megan Rapinoe made no mistake with the golden opportunity offered to her to give her country the lead. She had no hesitation in slotting the ball into the bottom right corner past a static Van Veenendaal.

Buoyed by their immediate success, the US continued to push for more goals, but had to be wary of Dutch counter attacks. However, they were quick to absorb pressure and Rosie Lavelle dribbled past the opposition and thundered home a shot past Van Veenendaal to seal the game for the United States.