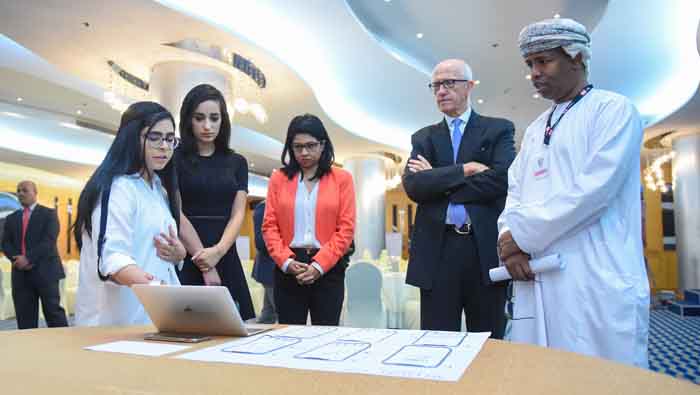 Muscat: The winner of the Tatawwar programme – an initiative launched by HSBC in partnership with the British Council and Potential.com — was announced on June 13, 2019, at an award ceremony held in Muscat, Oman.
The competition, launched earlier this year, aims to respond to one of the major challenges facing the Middle East and North Africa region — water sustainability. In parallel, the goal of the programme was to equip young people with future employability skills.
The winner, Zoya Naeem, from United Arab Emirates – whose solution focuses on tracking water consumption at homeand linking users to an environmental consultant that can help reduce costs and water waste– will be supported in launching her own campaign on the MENA region’s leading crowd-funding platform Zoomaal.com
Hanin Azzam, Operational Manager for Zoomal says the platform can significantly benefit this great cause. “It’s deeply encouraging to see the next generation of regional problem solvers addressing such an urgent issue. Launching their ideas on our crowd-funding platform will give the finalists a chance to not only raise funds, but connect with a wider community and generate awareness about the importance of water sustainability in the region,” he said.
Second place went to the Egyptian engineering student Samah Abdullah, who previously attended Port Said Language School – her app solution also focuses on tracking and reducing water consumption while saving money for the user. Mahmoud Sawalha, from Ahmed bin Hanbal Schools for Boys in Qatar, secured third place in the competition with an absorbent super polymer, made out of natural substances such as Arabic gum, which can reduce water consumption in agriculture to almost 40 per cent.
HSBC is committed to providing long-term support to help young people access programmes and acquire the skills they need to succeed in the workplace of the future. Tatawwar, underscores this commitment by creating awareness of the social and environmental impacts of water scarcity and helping develop the innovation and entrepreneurial skills of the upcoming generation.
In its pilot year, the programme reached over 500 students from UAE, Oman, Bahrain, Qatar and Egypt, who went through an online self-directed learning course to guide them through the process of developing their social enterprise. These students were then invited to attend face-to-face workshops in their respective countries as well as interact on webinars with experts and consultants, who helped them further develop their business models.
The top 10 students from across the five countries were invited to a four-day workshop in Muscat, Oman. While there they were supported in building prototypes of their ideas, which were then showcased at the award ceremony.