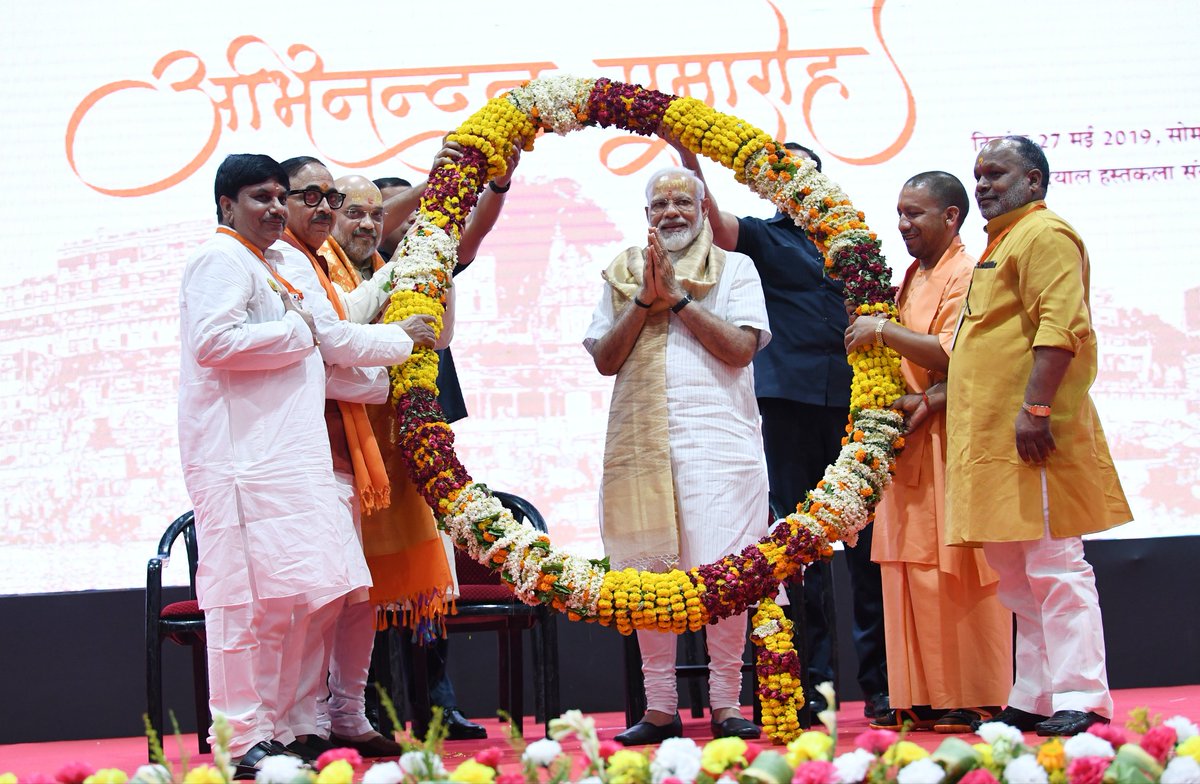 New Delhi: India's Prime Minister Narendra Modi praised his party’s courage during his victory rally in Varanasi. The comments were made in reference to the deaths of BJP workers in multiple Indian states.

Three workers from Modi’s Bharatiya Janata Party (BJP) have been killed and there have been pitched battles between BJP activists and a rival regional party in West Bengal state since Modi secured a new five-year term last week.

Thousands of supporters lined the streets of his political bastion of Varanasi, waving flags, chanting his name and throwing flower petals at his cavalcade, despite 40 degree Celsius (104 Fahrenheit) heat.

“It is shameful and anti-democratic,” Modi said about the attacks.

A close aide of former BJP minister Smriti Irani was shot dead by gunmen on a motorbike in the Amethi district of Uttar Pradesh state on Saturday night.

Another BJP worker was shot dead in West Bengal on Sunday night, triggering fresh clashes with supporters of the rival Trinamool Congress party, officials said. The two sides hurled home-made bombs at each other and about a dozen people were injured.

A BJP activist was shot dead in West Bengal a day after election results were announced on Thursday.

Other politicians from the ruling party and opposition were killed during the campaign in several states.

Varanasi, where many Hindus are cremated on wooden pyres beside the sacred Ganges river, is considered one of the religion’s most holy cities.

Saffron balloons, flags and large Modi cut-outs lined the access road to the temple where police and commandos secured the district, packed with old houses and businesses.

Modi is due to take the oath of office in New Delhi on Thursday.