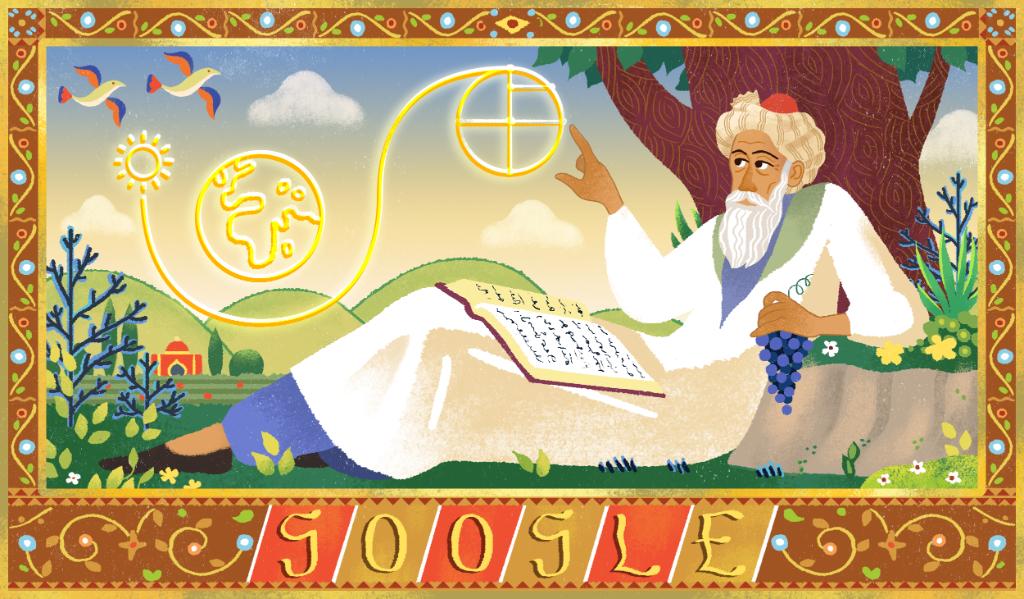 Over the weekend Google launched its very own doodle depicting the great poet, astronomer, and mathematician.

Khayyam was born in Nishapur on 18 March 1048 and began his education in his hometown. He would later gain recognition for his work in the field of mathematics.

According to Google, Khayyam's "Treatise on Demonstration of Problems of Algebra (1070) remains an essential text, introducing the concept of binomial expansion & using conic sections to solve cubic & quadratic equations."

He also contributed to a solar calendar completing it in 21 March 1079, variants of which are still used in Iran and Afghanistan.

But Khayyam is best remembered today for his poetry, which received global acclaim centuries after his death when poet Edward Fitzgerald translated his Rubaiyat into English. His poetic verse covers a number of important and universal themes such as life, death and faith.

Khayyam died on 4 December 1131 and is buried in the Khayyam Garden in Nishapur.

Netizens paid tribute to Khayyam by quoting verses from his Rubaiyat.

Ken Hardie, the MP for Fleetwood in the UK, shared the following poem of Khayyam's ""As far as you can avoid it, do not give grief to anyone. Never inflict your rage on another. If you hope for eternal rest, feel the pain yourself; but don’t hurt others."

Rema Rajeshwari, Mahbubnagar District Police Chief, also quoted the poet, tweeting this line from the Rubaiyat, "'Be happy for this moment. This moment is your life.'"