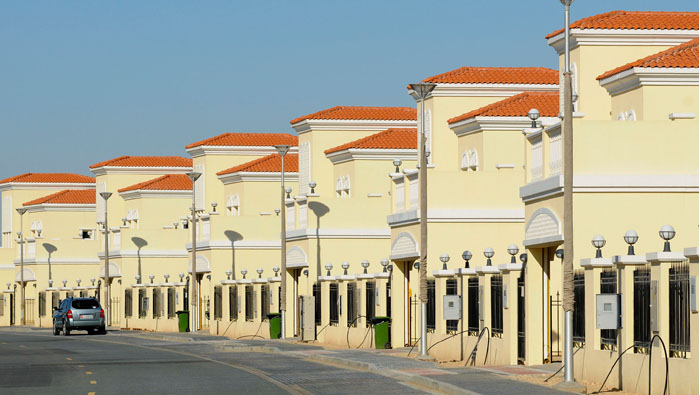 Dubai: United Arab Emirates’ real estate market will probably see further price declines this year because of lower oil prices and a strong dollar-pegged local currency, according to Standard & Poor’s (S&P).
Pressures on the property market come mainly from a slowdown in the hiring and expansion of oil-exposed companies, and a strong United States dollar making real estate in the emirate more expensive for international investors, the ratings firm said in a report today.
Dubai’s housing market, the biggest and most volatile in the Middle East, is in the doldrums as falling oil prices, weaker currencies in Europe and Russia and an abundance of properties on the market damp demand.
Residential values fell 2.2 per cent in the first quarter, according to consultancy Cluttons, which predicts villa prices will decline 5 per cent this year and apartment prices 3 per cent to 4 per cent.
“We still believe that the lifting of geopolitical restrictions, such the sanctions on Russia and Iran, could strongly benefit the recovery of the UAE property market,” according to S&P. “This would open new investment flows into the regions’ real estate markets and partly compensate for the softening demand from other countries.”
Still, the rating agency said it doesn’t expect ‘major’ negative movements in its real estate sector ratings over the next 12 months and that the developers it rates could absorb a 10 per cent drop in residential sales prices in Dubai this year.