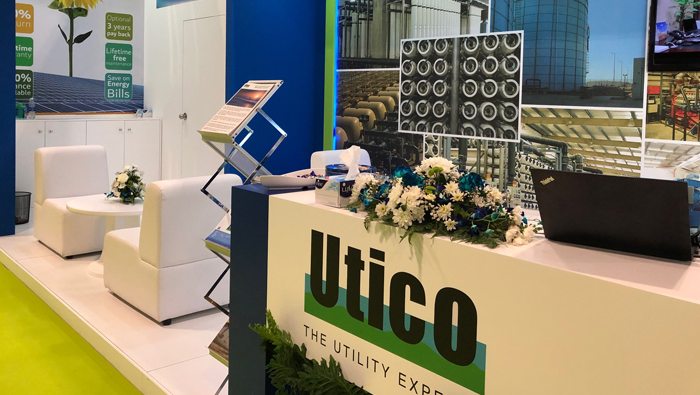 Muscat: The Middle East’s leading full service private utility and developer, Utico, on Wednesday said it will soon be opening an office in Muscat to pursue sustainable utilities development in Oman across sectors such as renewables and conventional as an offset for carbon footprint.
“Our interest is to deploy our development model in Oman as an enabler and facilitator for improved consumer tariffs, economic contribution and for generating employment opportunities. This will have a good impact especially in these challenging market conditions,” said Richard Menezes, CEO of Utico.
In a statement at the Oman Energy and Water Conference and Exhibition, Utico said it will also roll out its unique 'On Demand' utilities strategy in Oman similar to the shared access economy model adopted by companies like Uber, bringing billions worth of savings to public entities and consumers as well.
“Our 'On Demand’ model can bring a paradigm change to utility development and its business model in Oman. Our estimate is that if the model is adapted by Public Authority of Water (PAW) or other government regulators on a case-by-case basis, it will help remove up to US$5 billion long-term contingent liability from the balance sheet of the state over the life of a typical Water Purchase Experiment (WPA), in turn contributing to improved credit ratings,” said Menezes.
Along with FDI, adoption of this model will lead to a much more beneficial economic purchase to the state and eventually contribute in part to manage fiscal pressures, he said.
Beginning this year, Utico had also signed an investment agreement with Majis Industrial Services, an Oman Investment Fund owned company with a deal value of $400 million.
Majis now owns 32 per cent of Utico.
In the UAE, Utico is involved in farmer support programmes as part of its commitment to the community and Corporate Social Responsibility (CSR) mandate. In a sustainable agri-development initiative, Utico currently supplies free or subsidized water to over 500 farmers and the aim is to increase the number of beneficiaries to 3,000.
Utico is the only large water player to secure a large corpus of sovereign funding. In the last three years the total deal value of investments secured by Utico is about US$740 million, which includes sovereign investments from the governments of Saudi Arabia, Oman, Bahrain and Brunei and other European corporations.
Utico had also announced its intention to go public late last year and has appointed Emirates NBD as its advisor.
As Middle East’s leading full service privately owned utility company, Utico owns and operates water and power generation facilities, Transmission &Distribution networks.