I never get angry: Modi 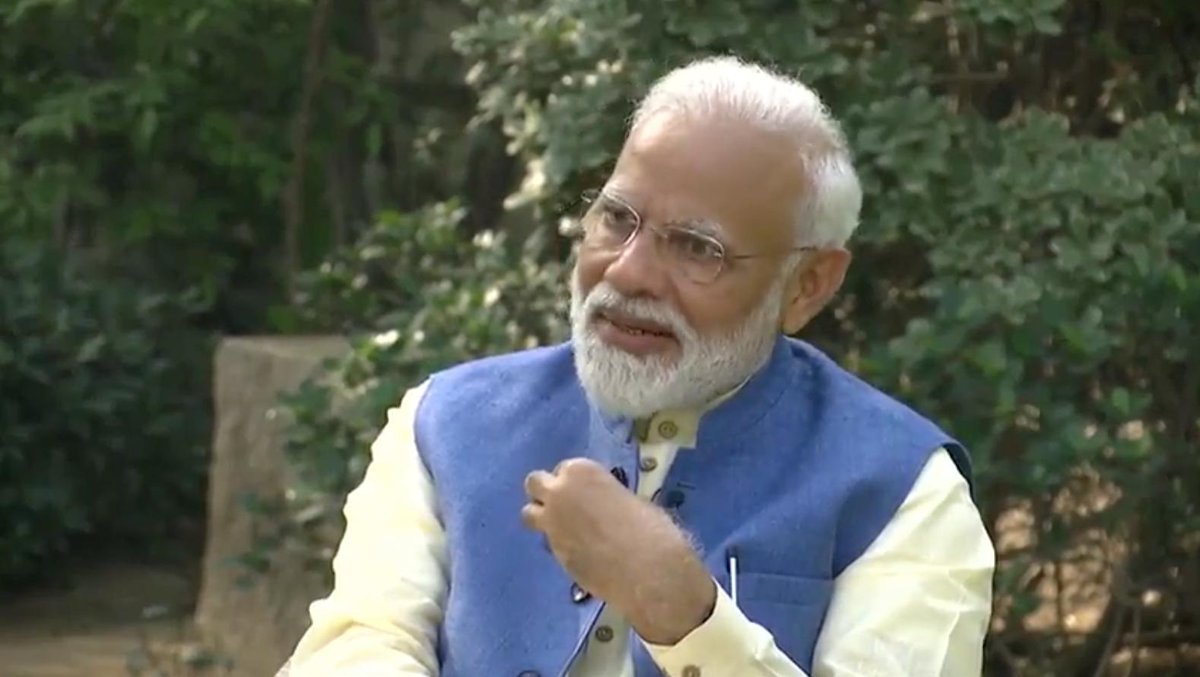 "Earlier, when I got overwhelmed with emotions, I would write it all on a piece of paper then I would analyse the course of events. This would help me realise my own mistake. But of course I no longer have that much time. Basically, this is how I trained myself to respond to situations."

Modi told the 'Kesari' star that he had been on his own since he was a child.

"That led to a detachment. Later, even if I called my mother to live with me she wanted to spend time in her village. Also, I didn't get enough time to spend with her."

"I told people to watch your 'Toilet: Ek Prem Katha', because it was a movie created on a social issue," the Prime Minister said.

"Disease is the biggest issue in our country and there are two ways to avoid it: Cleanliness and Fitness."

In answer to a question about social media, Modi stated, "I am definitely active on social media, it helps me stay up to date on what's happening around us.

"I also see you and Twinkle Khanna Ji too, and the way she gets angry at me, I think there must be peace in your home."

Modi also spoke about his relationship with the opposition. He stated that he was friendly with Ghulam Nabi Azad.

"Mamata Di (Mamata Banerjee) sends me one or two kurtas even today," he added.