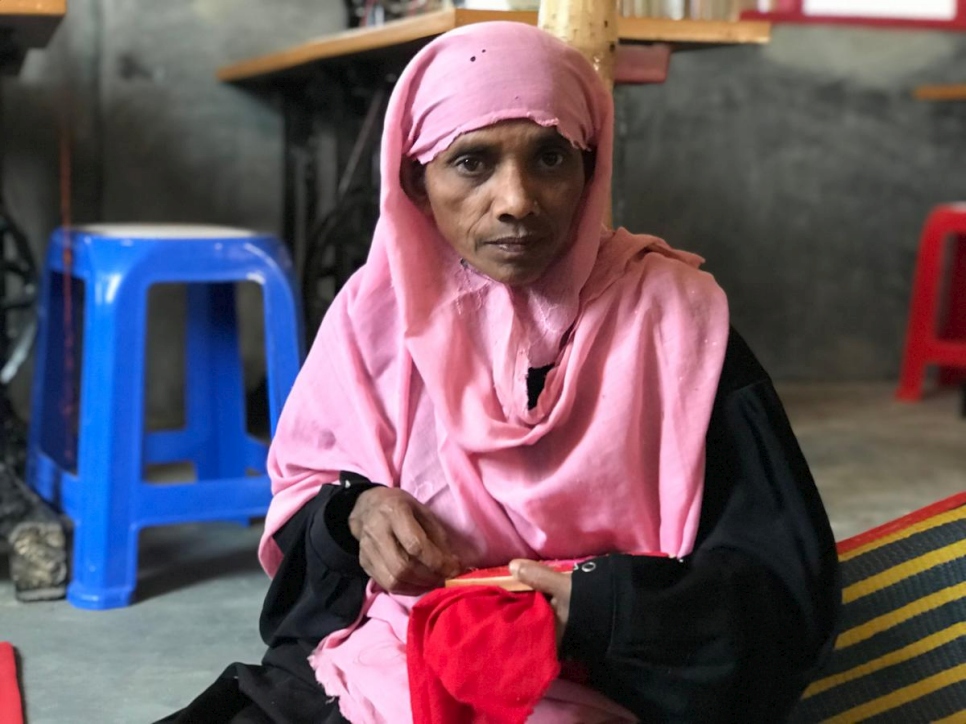 Geneva: A new training project in southeast Bangladesh to promote self-reliance among women in communities hosting refugees as well as among Rohingya refugee women has become operational in Cox’s Bazar. The project is potentially a game-changer for women in these communities. It is being supported by UNHCR, the UN Refugee Agency.

UNHCR has teamed up with the Ayesha Abed Foundation (AAF) – the humanitarian arm of our NGO partner BRAC – to support a programme designed to provide income opportunities by developing skills in craft production.

The project formally began in February. It is now being scaled up. At the main, recently opened, training facility centre in Ukhiya, local Bangladeshi women are taught silk screen, block printing and tailoring. Eighteen sub-centres are being opened in other areas of Cox’s Bazar as well as in the refugee camps where refugee women will produce different designs of hand embroidery.

By the end of the first year, the goal is to train 500 women – half of whom are refugees. The ambition is that, if the project is successful, it could expand to train hundreds more. The women receive a small stipend during the six-month training period. UNHCR is funding the programme, but it is hoped the project will break even in the future.

The items that will be produced include embroidery pieces hand-sewn by refugees, and children’s, women’s and menswear, and household items. The finished products will be sold in one of Bangladesh’s best known retail outlets – Aarong – a social enterprise launched by BRAC more than forty years ago to provide income sources to rural women.

In this project Aarong provides the raw materials and designs to the Ayesha Abed Foundation. Half of any profits are transferred to BRAC for its development work, while the remainder is used for investment and employment growth.

The pilot is seen as a model of providing skills-training support to these communities. Cox’s Bazar is one of the poorest and most undeveloped areas of Bangladesh, with few job opportunities outside the rural sector. Bangladeshi communities in Cox’s Bazar have been the first responders to the refugee crisis which began in August 2017 and generous hosts to the hundreds of thousands of Rohingya who fled violence and persecution in Myanmar.

Most of the Rohingya refugee women being trained to embroider are widows or single-mother households aged between 18 and 40, with no previous sewing experience.