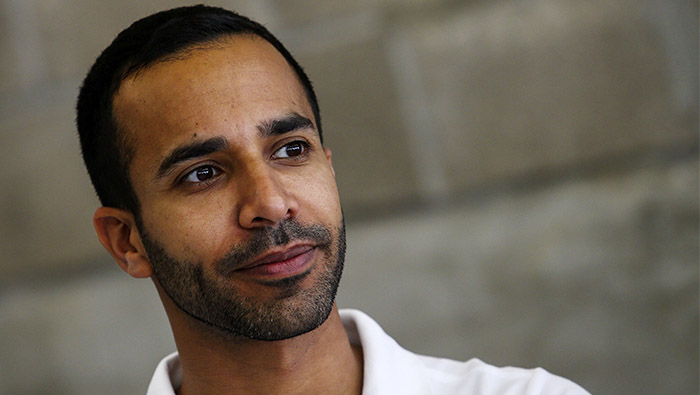 Muscat: Aston Martin Vantage GT3 racer Ahmad Al Harthy heads to one of his favourite tracks, ultra-fast Monza in Italy, this coming weekend for the opening round of the 2019 Blancpain Endurance Cup season, where the Omani has his sights firmly fixed on podium silverware.
Returning to the Pro-Am class this season, where the Oman racing driver claimed a famous title victory two years ago, Al Harthy is joined for the new campaign by Northern Ireland’s Charlie Eastwood – recently named an Aston Martin ‘Junior Driver’ – and Turkey’s Salih Yoluc.
Monza, of course, was the scene of Al Harthy and Oman Racing’s maiden Pro-Am class victory in the world’s biggest and best GT3 endurance racing championship back in 2017 and silverware will most certainly be the target again on Sunday, 14th April, with the team’s latest generation Aston Martin.
After a strong pre-season where excellent progress has been made with the car by TF Sport, the squad which engineers the Oman Racing Aston Martin, all eyes are on a very competitive start to the new season – Al Harthy’s seventh in the prestigious pan-European championship.
“It’s always incredible to race at Monza, the track has so much history and obviously holds very happy memories for everyone at Oman Racing”, said Al Harthy, “I’m delighted to be back in Pro-Am this season after a year in the Silver class, and I’m confident Charlie, Salih and I can put together a very competitive challenge this season. The new Aston Martin is an amazing car and we’ve been making big steps with the guys at TF Sport to develop and enhance our set-up. Since we first raced it in the Gulf 12 Hours back in December, there has been a lot of work completed and our Blancpain pre-season has been very rewarding.”
With almost 50 cars set to line-up on the grid at Monza a few days from now, the 2019 season will unquestionably be an immensely challenging one with no fewer than 10 major automotive marques battling for supremacy across the various classes.
Pro-Am, as ever, will be one of the most intriguing categories with the Oman Racing Aston Martin Vantage GT3 facing challenges from the likes of Ferrari, Mercedes, Bentley, Lamborghini and Audi across the five-event season.
“We have some incredible support once again this year from a back home in Oman, and especially the continued backing of our partners National Bank of Oman, Oman Ministry of Sports Affairs, Omantel and Barr Al Jissah. Blancpain is going to be more competitive than ever, the grid is packed with quality and some incredible teams, so we’re not underestimating the task – but we’re ready!”
Free practice ahead of the opening round of the Blancpain Endurance Cup season will take place at 11.30 (local time) at Monza on Saturday, 13th April, with the 90-minute Pre-Qualifying session following at 17.15 (local time). Final qualifying is scheduled for 09.40 (local time) on Sunday, 14th April, with the three-hour race set to begin at 15.00 (local time)