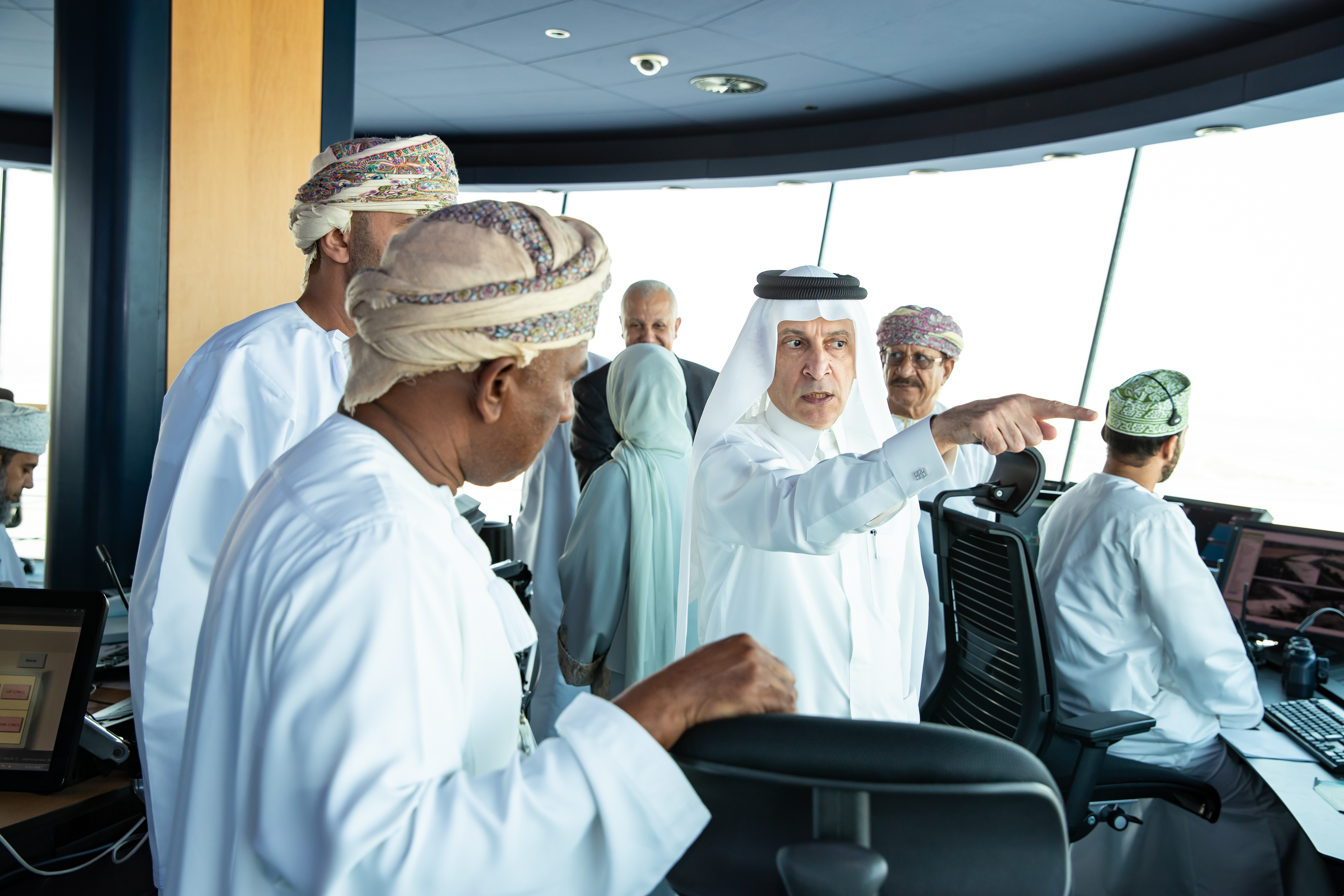 Muscat: The new Muscat International Airport portrays a beautiful image of Omani culture and heritage that will attract more tourists to the country, a top official of Qatar Airways has said.
Akbar Al Baker, Qatar Airways Group Chief Executive, had an official tour of Muscat International Airport as part of the airline’s new office opening celebrations, led by Sheikh Aimen Ahmed Sultan Al Hosni, Chief Executive Officer (CEO) of Oman Airports Management Company.
“It was an honour to officially tour the new Muscat International Airport and to have the opportunity to discuss and compare findings with our regional peers in Oman. The new Muscat International Airport is a beautiful representation of Omani culture and heritage, and its state-of-the-art technologies, infrastructure and modernity are very impressive. As the main gateway into Muscat, this new airport will surely help attract even more visitors to this beautiful country,” Al Baker said.
State-owned Oman Airports Management Company handles the management and operations of civil airports in the Sultanate of Oman, with the infrastructure of the airports, including terminal buildings, cargo building, runway, apron, car parking and other facilities, directly under its management.
Promoting the partnership
“Oman Airports is delighted to welcome the leaders of distinguished airlines from around the world to enrich and promote mutual relations between these airlines and our leading airports that have earned an excellent reputation among their global counterparts. It was our pleasure to welcome Qatar Airways Group Chief Executive, Al Baker, in a visit aimed at promoting the partnership between our companies, as we are committed to creating a high level of cooperation with all airlines that operate from our airports,” Al Hosni said. The airport tour followed the official opening of Qatar Airways’ new office in Muscat, held in the attendance of Al Hosni, Ali Bin Fahad Al Hajri Shahwani, Ambassador of the State of Qatar to the Sultanate of Oman, and other governmental officials and trade partners.
Qatar Airways operates 70 flights per week, serving three gateways in Oman – Muscat, Salalah and Sohar. The National Carrier of the State of Qatar has been flying to Oman since 2000, when it first began direct services to the Omani capital, Muscat. In 2013, Salalah was added to the airline’s expanding network as the second destination, followed by Sohar in 2017.
The airline seamlessly connects passengers from Oman to more than 160 destinations across six continents via its award-winning Hamad International Airport in Doha.