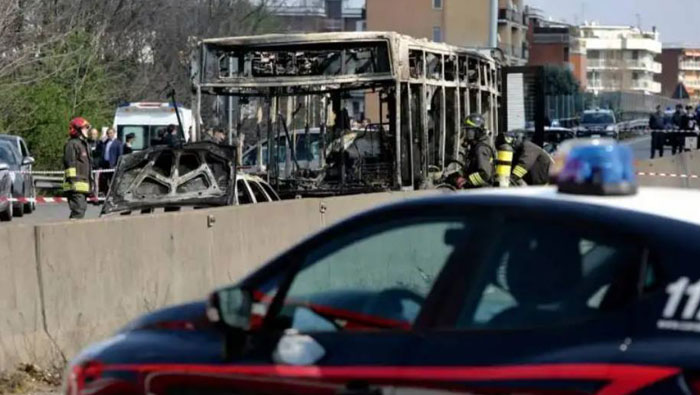 Muscat: A bus carrying 51 schoolchildren was hijacked and set on fire by its driver in Italy, authorities confirmed.

According to Italy's Carabinieri law enforcement agency, the kidnapper tied the children then set fire to a flammable liquid he spread inside the bus.

He was intercepted by the country's gendarmie. While two soldiers distracted him, others reached the back of the bus and pulled the children, two teachers, and one assistant out.

In a statement, the Carabinieri said, "Some pupils have suffered minor injuries. Now they are all safe and out of danger."

Police have said that the driver was upset about the country's immigration policies and wanted vengeance for “the migrants who drown in the Mediterranean.”

Milan prosecutor Francesco Greco told reporters, "It is a miracle, it could have been carnage."