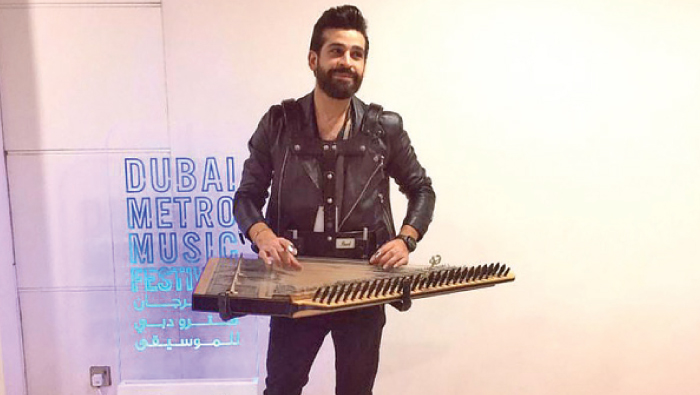 Dubai: The first edition of The Dubai Metro Music Festival, a celebration of global music organised by Brand Dubai, the creative arm of the Government of Dubai Media Office, in partnership with the Roads and Transport Authority, RTA, features a number of local and Arab artists popular in their respective countries and the region.
The free-to-attend festival, which commenced yesterday, hosts performances by 25 international musicians from a range of unique musical genres.
The event, which will conclude on 23rd March, is being held at five Dubai Metro stations - Burjuman, Union, DMCC, Mall of the Emirates, and Burj Khalifa.
Arab musicians featured in the festival include UAE artist Khadija Salem, Lebanese musicians Talia Lahoud and Habib Khalil, Egyptian Medhat Mamdouh, Saudi Taher Al Bahrani, Jordanians Omar Hamdan and Khaldun Al Baz, Syrian Rami Kanjou, and the Syrian band ‘Basita’.
Shaima Al Suwaidi, City Branding Manager of Brand Dubai, said that the festival received an overwhelming response from the public on its first day.
“It was really encouraging to see large numbers of people thronging to the musical performances at the Dubai Metro stations. Apart from metro commuters, there were music lovers who came to the venues just to attend the performances. As with all of Brand Dubai’s initiatives, we have created opportunities for both Emirati and Arab artists to showcase their talent.
Their participation has greatly enriched the eclectic line-up of musicians performing at the Festival,” she said.
Rowdah Al Mehrizi, Marketing and Corporate Communication Director of RTA, said that partnering with Brand Dubai to host the Dubai Metro Music Festival is aligned with RTA’s social responsibility commitment, as part of which it seeks to enhance the creative and cultural environment of the city of Dubai.