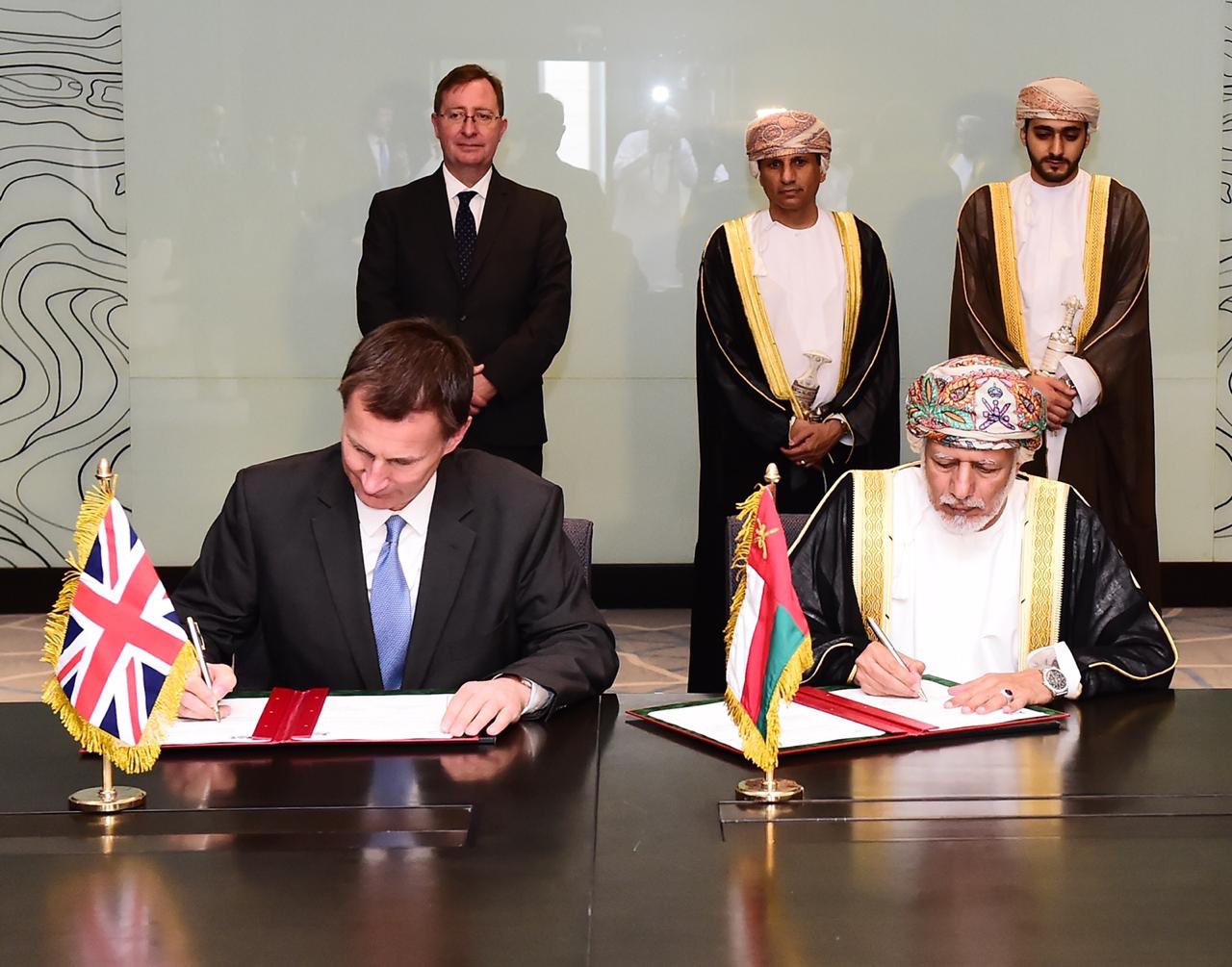 Muscat: The Sultanate of Oman and United Kingdom signed a joint declaration of long-standing friendship on Friday, March 1.

Minister of Foreign Affairs HE Yousuf bin Alawi signed on behalf of the Government of the Sultanate, and on the British side, Jeremy Hunt, British Foreign Secretary.