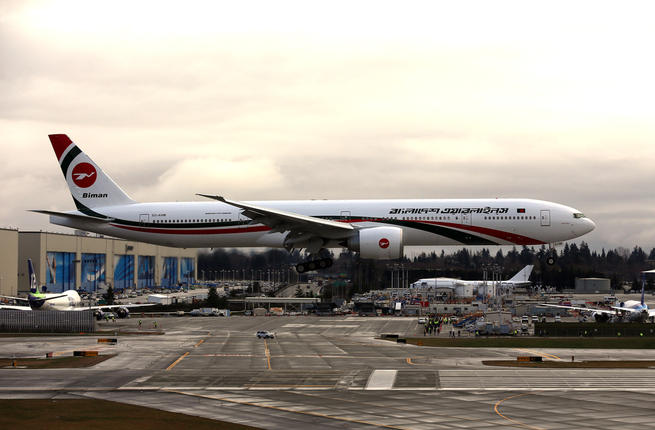 Muscat: All passengers are safe after a man attempted to hijack Biman Bangladesh Airlines flight 147 late last night, according to a Bangladeshi Army press conference after the attempted hijacking.

A man who "appeared to be near 25 years of age" was shot dead after attempting to hijack the plane. He carried a pistol with him and threatened to use explosives, though none were found on his person.

The Philipines Embassy in Dhaka investigated the hijacking in search of casualties from the Philippines and was assured by the Bangladesh Civil Aviation and Tourism Secretary Mohibul Haque that "all 142 passengers were safely evacuated from the aircraft."

The plane was en route to Dubai.