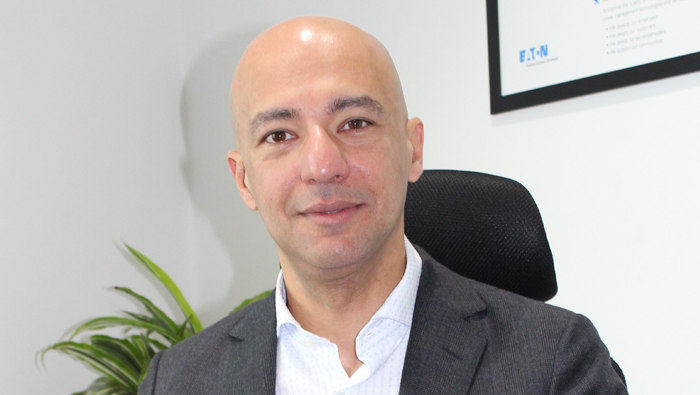 Muscat: Power management company Eaton on Sunday announced the appointment of Ashraf Yehia as general manager, Middle East, with responsibility for the company’s operational and commercial business across the region.
He will replace Frank Ackland with immediate effect and will report directly to Tim Darkes, senior vice president & general manager PQED EMEA and Emerging Markets.
“The Middle East is one of our key markets and is witnessing a strong growth. Eaton is ideally positioned to make an even greater contribution to the sustainable growth of the region and Ashraf will help drive Eaton’s business even further with his wealth of knowledge and experience,” said Tim Darkes.
Ashraf began his career with Cooper Industries as Regional Sales Manager in 2004. In 2011 he became General Manager, Cooper Industries’ Crouse-Hinds & B-Line businesses where he oversaw regional operations and strategy. Ashraf joined the Eaton team in 2012 as part of the company’s acquisition of Cooper Industries. Ashraf holds an Engineering degree from Ain Shams University in Cairo, Egypt.
“The Middle East is one of the most dynamic, vibrant and growing regions. Eaton’s power management expertise and growth ambitions are closely aligned with those of its customers in the oil and gas, utility, construction and data center industries in the Middle East. I have seen at close quarters how Eaton has established itself in the region over the years and I aim on continuing to increase the organisation’s footprint and success in the region,” said Ashraf Yehia.
“Eaton has established itself as one of the premier power management companies in the Middle East. Ashraf Yehia has a proven track record of delivering both market growth and operational excellence. The leadership skills he has demonstrated throughout his career will be a key asset as we continue to grow our business and develop strong relationships with our customers and partners,” said Frank Campbell, President, Corporate and Electrical Sector, Eaton EMEA.
Eaton has operated in the Middle East for more than four decades, contributing to the development of the region’s infrastructure with power management solutions that include legacy brands such as, Westinghouse, Crouse-Hinds, CEAG, BILL, MEM, Cutler-Hammer, Powerware and Moeller. Eaton employs more than 300 people in 19 offices across the region.