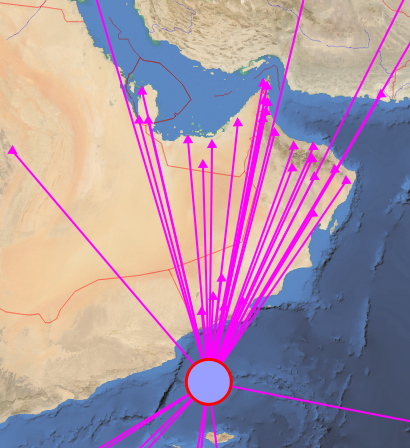 Muscat: An earthquake measuring 4.5 on the Richter scale was reported in the Arabian Sea on Wednesday afternoon, according to the Oman Meteorology Department.

The epicentre of the earthquake, according the Public Authority for Civil Aviation, was 250km from Salalah. However, no tsunami alert was issued.

“No potential tsunami due to an earthquake in Owen Fracture Zone Region at 16:33 Muscat,” it said.

The Owen Fracture Zone is a transform boundary between the Indo-Australian and Arabian plates. It is completely submerged and in the ocean.

The earthquake monitoring centre at Sultan Qaboos University added, “An earthquake measuring 4.5 on the Richter scale was recorded in the Arabian Sea at 4:33pm Sultanate time”