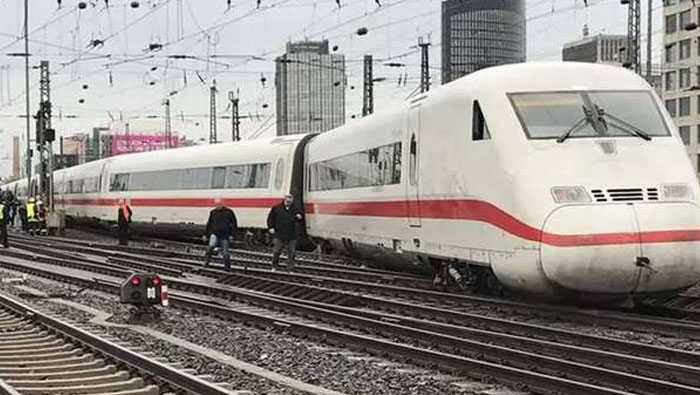 Basel: A German high-speed train carrying 240 passengers derailed at Basel’s Swiss Central Station (SBB), with no casualties yet reported.
The German News Agency said that the engine car and one carriage derailed after leaving Ostbahnhof station in Berlin on its way to the Swiss resort of Interlaken, noting that it was not clear how and why it derailed.
It is noteworthy that in November 2017, a train derailed in the central station in Basel, but did not result in any injury. - ONA