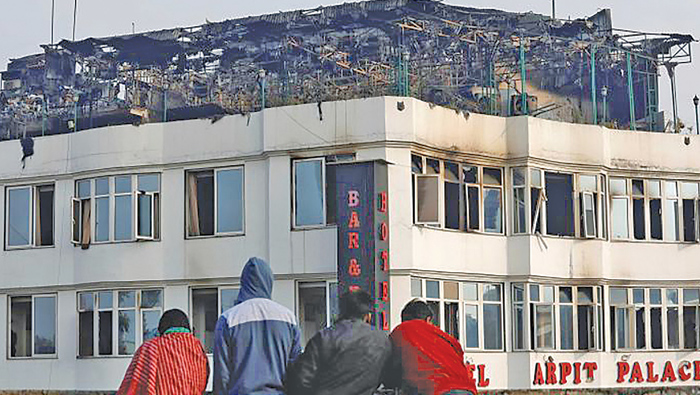 Muscat: The owner of Arpit Palace Hotel hotel in Delhi where 17 people were killed in a fire on February 12 has been arrested, authorities have confirmed.
According to local media reports, the victims included a woman and a child who were killed when they tried to jump from one of the hotel’s three-storied windows. Police said they had issued an arrest warrant for the hotel owner Rakesh Goel and his brother Shardendu Goel after the fire.
This is now the third arrest in the case.
Earlier, two senior managers at the hotel were arrested on charges of negligence and culpable homicide.
According to preliminary investigations, a suspected short circuit in an air-conditioner installed in a first-floor room may have sparked the fire, which rapidly spread across all five floors of the hotel and trapped an estimated 60 guests in their rooms.
At least 30 were rescued by firefighters while 15 died of burns and asphyxiation.