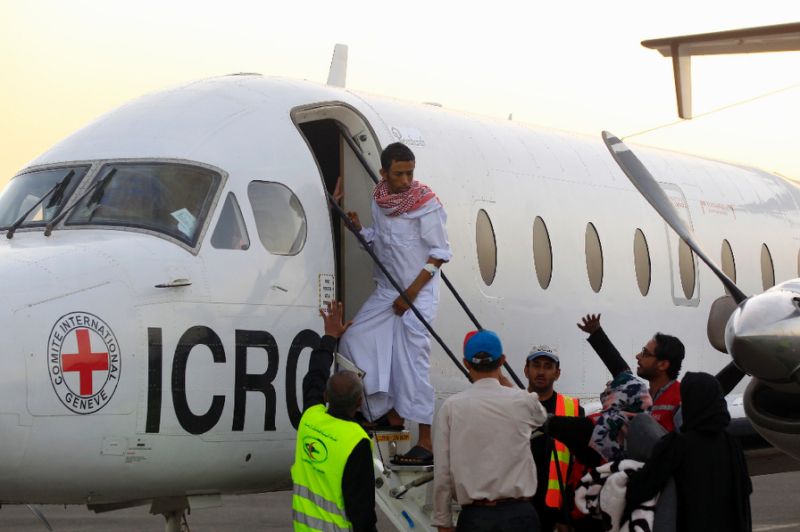 Dubai:The Saudi-led coalition fighting in Yemen released seven Houthi rebel prisoners on Wednesday and returned them to Sanaa, the United Nations said.
The office of UN envoy Martin Griffiths said he was "very encouraged by this positive spirit from the two parties", following the release of a first Saudi prisoner on Tuesday.
The seven Houthis were transferred from Riyadh to rebel-held Sanaa by the International Committee of the Red Cross, the UN said.