Youth no longer want to be told — they want to tell their story: UNGA President 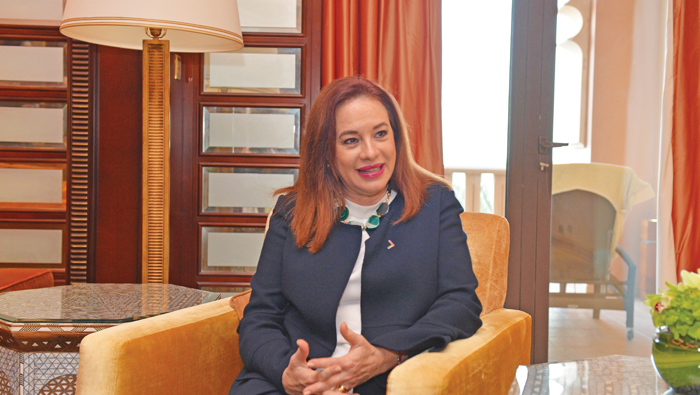 Muscat: The global youth want to speak up and it is time for lawmakers to listen, said María Fernanda Espinosa Garcés, President of the United Nations (UN) General Assembly.
María Fernanda spoke to Times of Oman, regarding the “critical” role of the youth population in the Middle East and North Africa in the overall development and growth of the region.
“Today, we have more than 1.8 billion young people in the world. They are the future and they are the present too, and they want to take part in decision-making processes,” she said.
“They no longer want to be told, they want to tell their story, express their aspirations, and we need to listen, and lawmakers need to take note,” María Fernanda said.
“There is enormous potential, dynamism, creativity and goodwill in our youth nowadays. There cannot be sustainable development without the involvement of young people. I support young women and men who want to engage in politics, in community work, in changing their environment for the better, and I believe in them,” she added.
Regarding the role of the United Nations, in supporting the youth population she said: “One of my priorities is “Youth, Peace and Security”. I work closely with the UN Secretary-General’s Envoy on Youth, Jayathma Wickramanayake, on this agenda. I dedicate time during my trips to listen to young people.”
The visit of UNGA chief came at a request from the National Defence College. The invite was extended so that she could give a lecture at the college regarding the importance of multilateralism and the role of the UNGA in the maintaince of international peace and security
In light of this invitation a programme was prepared for the president which included meetings with state officals in addition to visits to important sites in the Sultanate.
The Sultanate has already begin taking into account the valuable ideas and contributions of the youth population. This is seen with the participation of Omani youth in Oman’s 2040 vision.
Earlier this week, a session specifically dedicated to the Omani youth, was held where young participants were able to speak to His Highness Sayyid Haitham bin Tariq Al Said,Chairman of the Main Committee on Oman 2040 Vision.
During the session, Sayyid Haitham listened to key ideas from the 2040 youth platform, which was part of the two-day 2040 vision conference.
Additionally, as part of Oman 2040 project, an “All of Oman” initiative will be launched on the 25th of March 2018, to reinforce the participation of the public in formulating the future vision of the nation.
The initiative will be visiting all of the Omani Governorates to expand the public participation in defining the vision and its objectives, as well as to get insights from the locals, and their suggestions and ideas for a better Oman.
The youth, school students and higher education student in addition to people with special needs will all be targeted in the initiative.