US confirms Taliban talks in Qatar 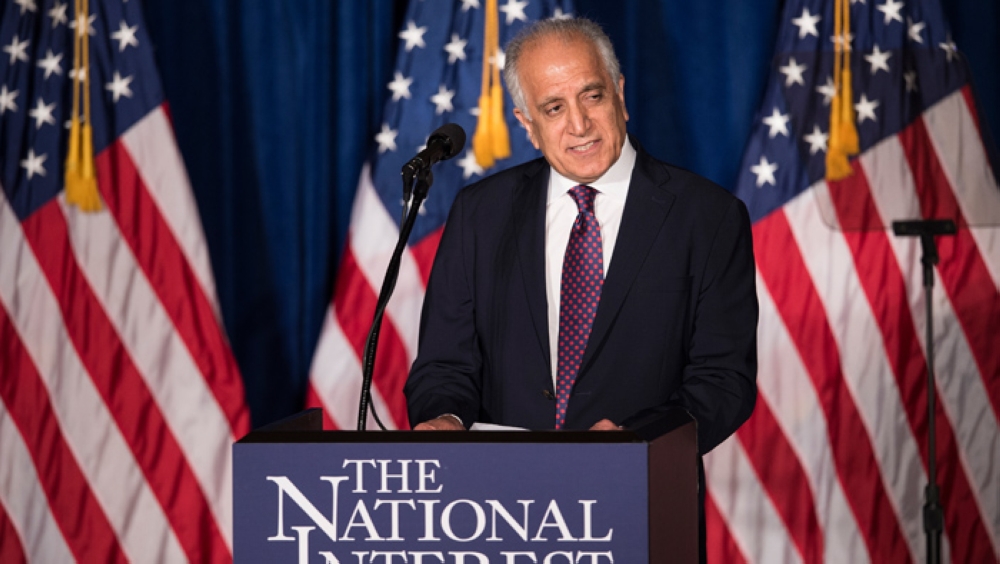 Washington: The United States confirmed on Tuesday that its envoy is meeting in Qatar with the Taliban, seeking to negotiate an end to the Afghanistan war despite a new major attack claimed by the insurgents.
Zalmay Khalilzad, the US special representative on Afghan reconciliation, met with Taliban representatives on Tuesday in the Qatari capital Doha, the State Department said.
"We can confirm that Special Representative Khalilzad and an interagency team are in Doha today talking with representatives of the Taliban," a State Department spokeswoman said, adding that the talks were taking place over two days.
Khalilzad has sat down several times with the Taliban but it marks the first time that the United States has confirmed his meetings so directly.
The meeting came even though the Taliban claimed responsibility for an attack Tuesday against an Afghan intelligence base in central Wardak province.
A local official said that at least 65 people were killed, in the latest high-casualty attack in Afghanistan.
A Taliban spokesman announced the meeting with Khalilzad on Monday, saying that the United States accepted an agenda of "ending the occupation of Afghanistan and preventing Afghanistan from being used against other countries in the future."
President Donald Trump has ordered a halving of the 14,000 US troops in Afghanistan as he voices eagerness to end America's longest-ever war, launched in 2001 after the September 11 attacks.
The Afghan-born Khalilzad, a key US policymaker under former president George W. Bush, met the Taliban after talks in Afghanistan as well as stops in key regional players China, India and Pakistan.
In Kabul, Khalilzad spoke with President Ashraf Ghani and vowed that the United States would maintain security support to Afghan forces.
"We agreed military pressure is essential while we prepare to engage in negotiations for peace," he tweeted.
He elaborated later: "To achieve peace, we are ready to address legitimate concerns of all Afghan sides in a process that ensures Afghan independence and sovereignty, and accounts for legitimate interests of regional states."
"Urgent that fighting end. But pursuing peace still means we fight as needed," he tweeted.
Khalilzad is last known to have met the Taliban last month in Abu Dhabi, capital of the United Arab Emirates.