Video: Here's why dozens of fish were found dead at a port in Oman 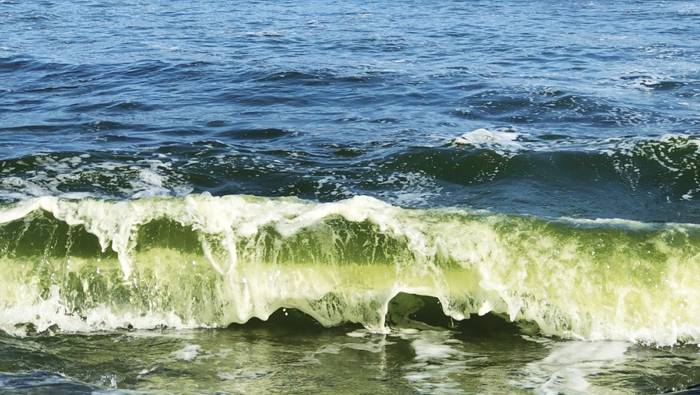 Muscat: Authorities have confirmed that algal bloom or “green tide” led to the death of fish in the sea near Seeb.
The ‘green tide’ led to a lack of oxygen in the water in the area, with dozens of fish in the port area in the wilayat of Seeb being found dead, the Ministry of Agriculture and Fisheries announced.
The ministry’s statement came after a video posted on social media showed a large number of dead fish floating in the sea near Seeb. The ministry’s full statement read, “After an inspection of the site, it was found that an oxygen shortage was caused by a condition known as green tide, which led to the death of some fish in limited quantities and is considered a natural condition. Specialists are following up at the site.”
In 2017, an algae outbreak resulted in the death of thousands of sardines near the Coast Guard Port in Sidab area.
The sardines had choked to death due to the lack of oxygen in the seawater. After investigating the samples, it was found that the oxygen shortage was caused by the excessive growth of plankton, which is scientifically known as Prorocentrum arcuatum.
Oxygen levels had dropped sharply to 1.2 mg/l, while they should be around 1.5mg/l and above.
Phytoplankton are self-feeding components for the plankton and a key part of the oceans, seas and freshwater basin ecosystem. Large zooplanktons, fish, and mammals depend on plankton for their survival.
Video courtesy: @AlmahramiYousof/Twitter