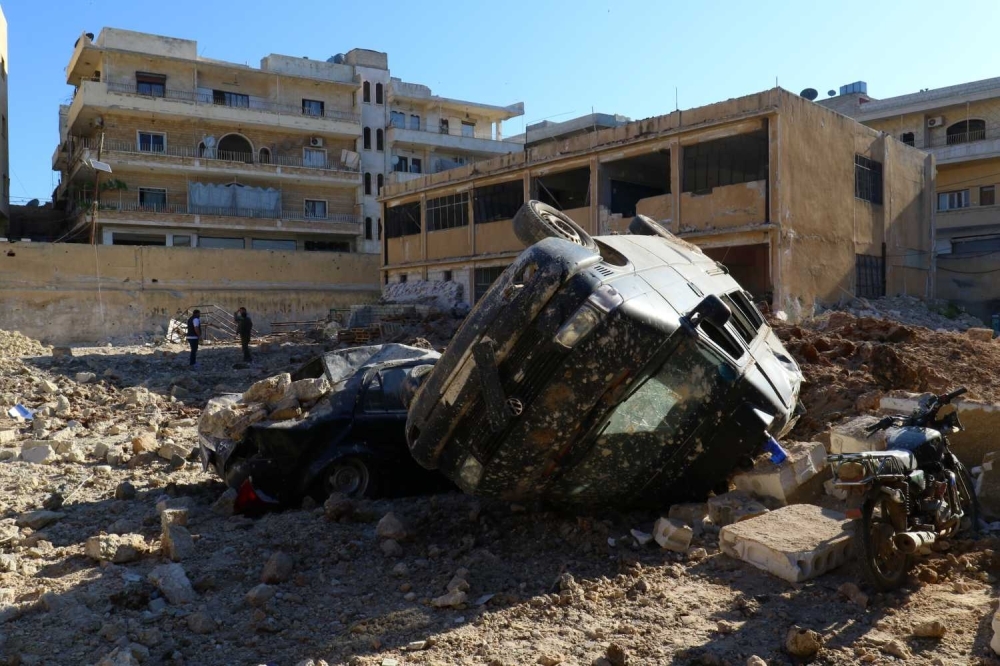 Riyadh: Syria's opposition chief on Sunday urged Arab leaders not to rebuild relations with President Bashar Al Assad's government, voicing frustration amid apparent efforts to bring the Damascus regime back into the Arab fold.
After years of frosty ties, the United Arab Emirates last month reopened its embassy in the Syrian capital, and fellow Gulf state Bahrain has followed suit.
"We are surprised that our brothers are reaching out and building relations with this regime," opposition leader Nasr Al Hariri told reporters in Riyadh, where he lives in exile.
"We hope that our brothers, the leaders of Arab nations, will not abandon the Syrian people," he added, urging them to reconsider their decisions.
Almost eight years into Syria's devastating war, opponents of Assad's regime are watching in dismay as his government looks set to secure a comeback at home and abroad.
With backing from Russia and Iran, the government has expelled rebels and extremists from large parts of Syria, and now controls almost two-thirds of the country.
The Arab League suspended Syria's membership in November 2011 as the death toll mounted and several regional powers bet on the demise of the Assad regime. Most Gulf states closed their embassies in 2012.
But several Arab states are seeking to restore ties with Assad after his forces made decisive gains in the war, in a bid to expand their influence in the war-torn country.
Just days before the UAE reopened its embassy, Sudan's president made the first visit by an Arab leader to Damascus since the start of the conflict.
Efforts to bring Assad's regime back in from the cold are likely to intensify in the run up to the next Arab League summit to be held in Tunis in March.
Sparked by the brutal repression of anti-Assad protests in 2011, the conflict has killed more than 360,000 people and displaced millions.
But fighting has failed to topple Assad, endless diplomatic efforts have been unable to reach a peaceful transition, and the regime now appears stronger than ever.