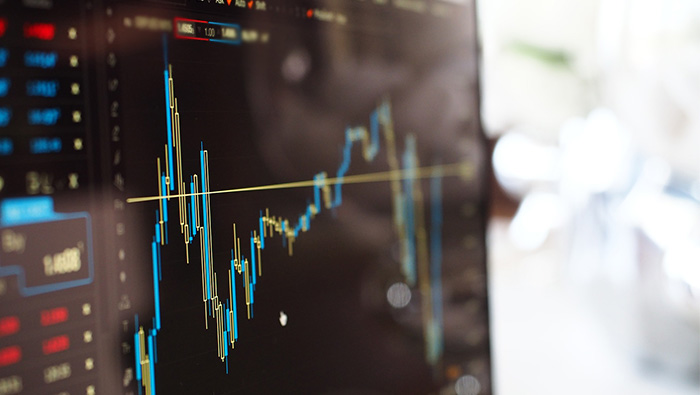 Hong Kong: Most Asian markets rose on Thursday after the previous day's sharp losses but technology firms fell after Apple slashed its revenue forecasts blaming slowing China sales.
The yen pared early sharp gains from a flash crash, which saw the dollar briefly plunge to its lowest level since March after the Apple announcement, while the Australian dollar hit a 10-year low against the greenback.
Investors trod cautiously as bargain-buyers capitalised on Wednesday's hammering across Asia, while sentiment remains weak owing to uncertainty over a number of issues including China-US trade, China's economic woes, the US government shutdown and Brexit.
Wall Street and European markets mostly recovered from early losses to end slightly higher but Apple's announcement that it expected to earn less than expected in the key December quarter send shudders through markets.
The firm, which was already under pressure over signs that sales of its new iPhone were coming up short, blamed sluggish demand in China for the cut and citing the US trade war as a factor.
"While we anticipated some challenges in key emerging markets, we did not foresee the magnitude of the economic deceleration, particularly in Greater China," chief executive Tim Cook told investors.
He told CNBC the tariffs row had "put additional pressure" on an already slowing Chinese economy, resulting in lower store and online traffic. The firm's shares — already down about a third from their record high in March — dived seven percent in after-hours trading.
Asian tech firms took a hit from the news, with Hong Kong-listed Sunny Optical and AAC Technologies both down more than two percent, while Apple supplier TSMC shed almost one percent.
Flash crash
But on broader markets Hong Kong gained 0.4 per cent after tanking almost three percent Wednesday, while Shanghai added 0.7 percent following a more than one percent drop after more weak Chinese economic data.
Sydney led gains, rallying more than one percent, while Seoul, Manila and Jakarta were also higher.
Singapore, Wellington and Taipei were in negative territory, while Tokyo was closed for a holiday.
Despite the much-needed gains, Banny Lam, head of research at CEB International Investment Corp, warned of continued unease.
"There are a lot of uncertainties lying ahead," Lam told Bloomberg News. "The markets will likely be stuck in a downtrend over the next few weeks."
The news from Apple sparked a sell-off in the currency market with the yen, a safe haven in times of turmoil, soaring around 3.7 per cent to 104.87 against the dollar before the greenback recovered to around 107.50 later in the morning.
The Japanese unit also briefly soared about 3.5 per cent against the Australian dollar, which is seen as a bellwether for China, and more than four percent on the euro.
"The Apple news is driving safe haven flows, which have seemingly triggered a flash crash in forex," Brad Bechtel, global head of foreign exchange at Jefferies LLC, said.
Analysts suggested that a rush to the safety of the yen saw it rise, which then caused programmes to kick in that were set up by yen short traders to prevent them losing cash.
The flash crash also saw the greenback surge around four percent against the Australian dollar to its highest level since 2009. The Aussie has been battered by slowing growth in China, a key export destination for the country's commodities sector.
"Aluminium and copper were both off by more than two per cent," said analysts at NAB Markets Research.