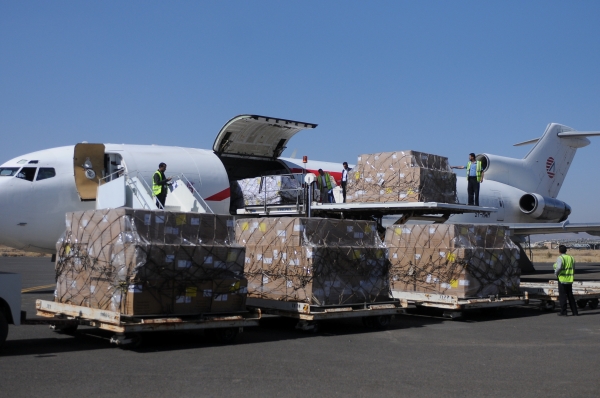 Sanaa: Yemen's Houthi rebels on Tuesday rejected UN accusations of selling aid meant for civilians, slamming the World Food Programme (WFP) for sending "rotten food" to the war-torn country.
The WFP, which plans to provide food to up to 12 million Yemenis a month in 2019, on Monday accused Houthi rebels of "criminal behaviour" and of selling food aid in markets in the rebel-held capital Sanaa.
Mohammed Al Huthi, who heads the rebels' Higher Revolutionary Committee, hit back saying the WFP was "fully responsible for...
quantities of rotten food" it sent to Yemen.
In comments carried by the rebels' Saba news agency, he said Yemen refused to allow this food into the country because "it violates standards and regulations and is not suitable for human consumption". Huthi said, however, that the insurgents "welcomed" an independent investigation and called on the WFP to back up its accusations with proof. He also accused UN organisations of bias.
"The work of these organisations is mostly politicised, and their position... confirms their work has shifted from independent to subordinate" to the United States and Britain, he said.
The Houthis are locked in a war with a Saudi-led regional military coalition, which is allied with Yemen's embattled government.
The conflict has triggered what the UN calls the world's worst humanitarian crisis, with 14 million people on the brink of famine.
Last month, Houthi rebels and government officials agreed to a UN-brokered ceasefire in the flashpoint Red Sea port city of Hodeida, a key gateway for aid and food imports to Yemen.
The ceasefire went into effect on December 18, but it has remained shaky with the two sides accusing each other of violations.
Nearly 10,000 people have been killed since Saudi Arabia and its allies joined the government's fight against the Houthis in 2015, according to the World Health Organisation, although human rights groups say the real death toll could be five times as high.
More than 22 million people -- three quarters of the population -- now depend on humanitarian assistance to survive.