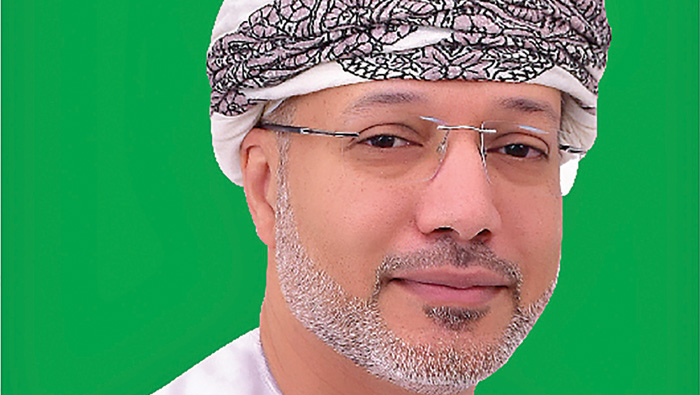 Muscat: A’Saffa Foods SAOG, the Sultanate’s largest integrated poultry producer, and Food Processing products provider, announced that its Board of Directors has appointed Eng. Mohammed Suhail Al Shanfari as Chief Executive Officer and will assume charge from Jan 1, 2019.
Dr. Nasser Al Maawalihas decided to retire from his role as Chief Executive Officer. Al Maawali will remain advisor to the organization.
Al Shanfari will be responsible for overseeing the complete operations, production, management, and expansion in accordance with the business strategy plans.
He brings two decades of broad experience, operations development, and market proficiency to ensure a long-term sustainable value proposition to all A’Saffa customers.
“I am incredibly happy to assume this new role and for the future of the company. With our dedicated colleagues and industry-leading services, we are all set to meet the rising needs of our customers,” said Al Shanfari. “We stay firm on driving lucrative growth with continued stress on quality, innovation, and expansion to capitalize on investor value.” He added.
Al Shanfari has served as Chief Operating Officer since he joined the Company in April 2017.He is a former Director General of Animal Wealth at the Ministry of Agriculture & Fisheries (MOAF).
Al Shanfari has extensive industry knowledge and has aMastersDegree in Animal Sciencesfrom Taiwan, and his Bachelor’s in Agriculture from Sultan Qaboos University.
Al Maawali, meanwhile, is stepping down after 15 years of service at A’Saffa Foods. He was the master architect behind the growth of the company from a small poultry farm to a leading poultry producer in the nation and abroad.
Al Maawali said, “It has been a huge privilege to have led A’Saffa Foods during its significant period of growth. The Board and I are confident that Eng. Mohammed Al Shanfari is the right person to build on this momentum. I am proud to have worked with amazing colleagues who are so helpful and committed to the organization.”
He has three decades of experience in animal production covering planning and overseeing projects and programmes, conducting and supervising research projects, and hands-on commercial production at the farm level.
“Al Maawali is leaving A’Saffa Foods after contributing significantly to our progress. During his term, he has led noteworthy changes to improve operations and drive future growth. He has been a valuable asset to A’Saffa Foods and we are thankful for his many contributions over the past 15 years. We wish him the very best in the future.” said Al Shanfari
“The Board is thankful for Maawali’s extensive years of service and leadership,” said Shaikh Rashid Saif Al Saadi, A’Saffa Foods Chairman. “We appreciate and support his decision to step down and are grateful for his many achievements. We wish him a happy and contented post-retirement life. I am confident that working with Eng. MohammedAl Shanfari, our new CEO, the Company will continue to enjoy constant success in the future."