Budget deficit dropped by almost 30 per cent in 2017: Govt report 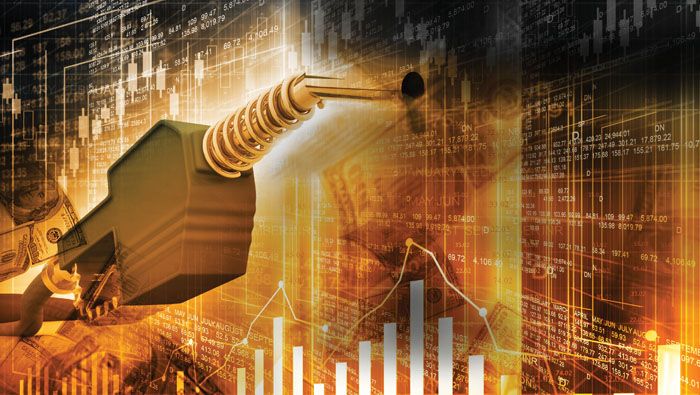 Muscat: The chairman of State Audit Institution (SAI) submitted the annual report on the results of its work for 2017 to His Majesty Sultan Qaboos bin Said, along with a copy of the report to the Council of Ministers, the State Council and the Shura Council, in keeping with the Basic Statute of the State and the State Financial and Administrative Audit Law.
One of the main positive findings that SAI has come across is the decrease in the actual budget deficit and in the expenditures during 2017 compared with 2016 to 29 per cent and 5 per cent, respectively, as well as the completion of some strategic projects that would promote economic and social development, such as the opening of the Muscat and Salalah International Airports, Al Batinah Highway Project and the progress achieved by the Sultanate with regard to the Global Competitiveness Report for 2018, as it has advanced 14 places compared to 2017.
The report included many observations and remarks that resulted from the audit of the units of the State Administrative Apparatus, some companies, institutions and bodies that are subject to audit, as well as SAI’s branches in Salalah, Sohar, Sur, Nizwa, Rustaq, Buraimi and Ibra, which were targeted in SAI’s annual audit plan for 2017.
The annual audit plan included 218 audit tasks of various kinds of audits, such as financial audit, performance audit and administrative audit.
SAI issued 239 reports, which were sent to the bodies concerned and which included SAI’s observations and recommendations that were classified into three main sections and corresponding sub-sections.
The first section addressed the State Administrative Apparatus, the audit of which has resulted in some positive findings and other findings that shall be reviewed by the entities subject to an audit.
In addition to that, SAI also reviewed the current expenditure and the capital expenditure to ensure that they were spent in accordance with the applicable financial laws and regulations and to achieve the appropriate returns thereof.
SAI also devoted its attention to the audit of development expenditure because of its allocation, as well as to the administrative audit on the performance of governmental bodies subject to its audit to ensure they carry out their responsibilities effectively and efficiently.
On the other hand, the second section addressed the companies, public bodies and institutions and pension funds that are subject to SAI’s audit in accordance with the International Accounting Standards and the instructions issued by the International Organisation of Supreme Audit Institutions (INTOSAI). Needless to say, the audit highlighted some areas that need improvement.
The third section, however, addressed promoting integrity and combating corruption, as the Sultanate has acceded the UN Convention against Corruption by Royal Decree No. 64/2013 and has ratified the Arab Convention against Corruption by Royal Decree No. 28/2014. SAI was assigned the task of following-up the implementation of the provisions of the UN Convention against Corruption and it has also assumed the duties of anti-corruption commissions.
SAI recently presented the Sultanate’s implementation of the second session of chapters two (Preventive Measures) and five (Asset Recovery) of the Convention. Moreover, SAI prepared the draft National Integrity and Anti-Corruption Strategy and prepared a draft Code of Conduct for public officials.
SAI was also keen to support the efforts exerted to achieve the objectives of the ninth development plan (2016-2020) by rationalising public expenditure, raising non-oil revenues and enhancing the quality of services provided to the beneficiaries.
Finally, the constructive cooperation between SAI and the Sultanate’s institutions has established the concept of responsibility in terms of preserving public money and protecting national gains, which positively affected the results of the implementation of the audit plan of 2017.