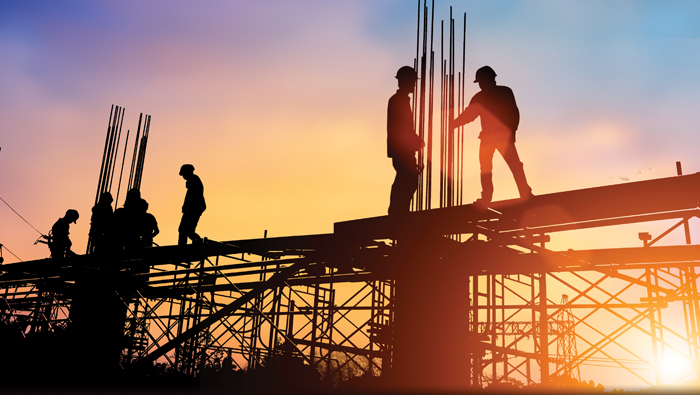 Muscat: Reducing the number of expats working in the private sector will “take a long time”, according to a senior manpower ministry official. The ministry is trying to drive down the 90 per cent expat rate in the private sector to boost Omanisation rates, as expats make up only 43 per cent of the population.
“To bring down the number of expat workers in Oman will take a long time as the country is still working on mega infrastructure projects which need more expat workers. The number of expats in the private sector went down to at least two per cent in October, which is a good and positive indicator,” said Salim bin Nasser Al Hadhrami, Director General of Planning and Development at the Ministry of Manpower.
Speaking exclusively to the Times of Oman, Al Hadhrami said that the ministry is seeking to rationalise the recruitment of the expatriate labour force through a number of procedures.
“Some professions in the private sector are Omanised and restricted to Omanis, such as administrative professions and some senior leadership positions, such as personnel managers and human resource managers. The Ministry of Manpower also issued a decision to ban the recruitment of a non-Omani labour force in some professions, as well introduced a hike in work permit fees for the expatriate labour force,” he added.
Al Hadrami explained that the ministry provides training and qualification opportunities for the national workforce according to the needs of the labour market and encourages young job seekers to open small and medium enterprises.
The six-month ban on hiring expats across 87 job roles was imposed on January 28, 2018, to make room for locals within the workforce. The hiring freeze came into effect following the issuance of ministerial decree 2018/38, which was issued by Minister of Manpower Abdullah bin Nasser Al Bakri. In July, it was then extended for another six months.
According to the NCSI, of the 2,041,190 workers in the private sector, only 250,717 are Omanis, with the vast majority – 87.72 per cent – being expatriates. More than 40,000 Omanis have been given jobs in private sector companies as part of the Omanisation policy.
Shashwar Al Balushi, head of the country’s Labour Labs under the Tanfeedh programme for economic diversification, said Omanis needed to be prepared to accept entry-level jobs so that they could learn from expatriates who currently held roles which they hoped to occupy in the future.
“I think that when the government looks to add new Omanis to the workforce, they will first look at Omani graduates. They will need to be prepared to accept entry-level roles at companies, so that they can learn from their expat co-workers, who either work alongside them or above them, and once they have learned these skills and prove that they are competent in their work, then maybe they can become managers and supervisors in the future.”
“If this is successfully achieved, then we will see a decline in expat numbers, but this is also dependent on the market conditions,” added Al Balushi.
“If, for example, we see a boom in 2019 and 2020, then we will need competent expats so the numbers will not fall.”
Al Balushi added that young Omanis needed to be prepared to accept entry-level jobs that came their way. “Many young Omanis of course do have aspirations to become managers in the future, and this is a good thing, but the maximum learning will come when they take up junior roles and learn how to grow,” he said.
“If they are going to take up these roles in the future, then they are helping the economy to expand, and that is good for everybody.”
“Of course, there also needs to be a programme to see how to phase out the number of expats in the country,” added Al Balushi.
“If you have statistics regarding the number of graduates that come out of colleges every year and you see that there are 30,000 fresh graduates, then you need 30,000 jobs for them.”
In addition, Prashant Singh, an academic and training advisor at the Waljat College of Applied Sciences (WCAS), said Omanis who were soon to graduate were being given training under the college’s professional development programme.
“We have a mandatory programme for all the graduates in our college, which focuses on the skills they will need in the work force, such as team spirit, leadership and work ethics,” he said.
“We also invite representatives from different companies to come to our facility and talk to our students, because they are the ones who know what’s happening in the workplace and what skills are required.”
“Our students also undergo mandatory training with companies, and we ask the companies to submit a report on behalf of the students, which looks at the areas they need to improve on,” added Singh.
“If we find that they have certain areas of improvement, then we will work on that.”
However, the decision does not apply to establishments registered with the Public Authority for Small and Medium Enterprises Development and insured with the Public Authority for Social Insurance (PASI).
The NCSI further reports that the unemployment rate for Omanis between the ages of 25 and 29 dropped 13.6 per cent over the last month, by 11 per cent for those between 30 and 34 years, and by 7.1 per cent for locals from 35 to 39 years of age, as companies begin to carry out the national Omanisation policy. Between October 2017 and 2018, the number of expats in the labour force decreased by 3.4 per cent and currently stands at 1,739,473, down from 1,795,689 in December 2017.
The biggest drop was in the construction sector, which decreased by 13.69 per cent in October 2018. The manufacturing (5.2 per cent), engineering (6.8 per cent), industrial (5.9 per cent), mining (6.47 per cent), agriculture (1.4 per cent), and finance (2.1 per cent) sectors also showed a rise in the number of Omanis replacing expats.