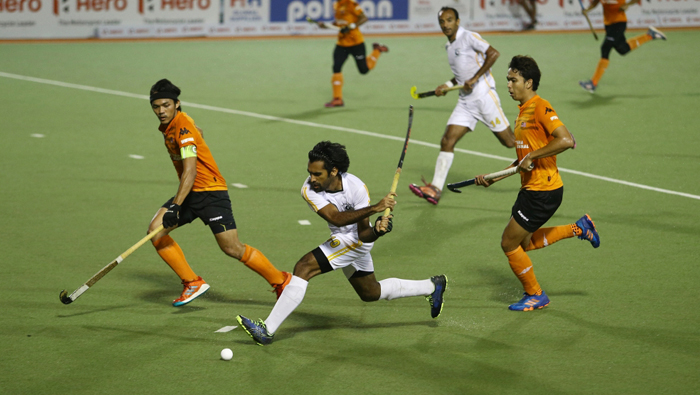 Muscat: Malaysian field hockey captain Sukri Mutalib paid tribute to the Sultanate’s Malaysian expatriate community for coming out to support their national team during the Asian Champions Trophy.
Mutalib told the Times of Oman, in an exclusive interview, “As captain, I’m very, very happy to receive support from the Malaysian fans here. And of course, I really appreciate them for coming to support us.”
Malaysia lost their semi-final match to Pakistan 3-1 on penalties after regular play ended in a 4-4 draw. The Tigers, however, finished the tournament third, defeating Japan on penalties, after the match ended 2-2.
It was in many ways Malaysia evening the odds against the Japanese, who had won the Asian Games in Indonesia not long ago.
Reflecting on their performance, Malaysia’s coach, Roelant Oltmans, said, “We had a good and bad experience, there are always mixed feelings in a tournament like this. But that is understandable, knowing that just three weeks ago we started the process, and you can’t immediately expect a team to completely respond to all requirements from my side, that takes a little bit of time.
“Sometimes, the boys really showed the capacity that they have, sometimes they played a little bit free of application from my point of view, and that is something we want to improve towards the upcoming tournaments, especially the World Cup, which is next month.
“So, that is more or less our first objective to achieve, and we need to train hard in the upcoming weeks,” Oltmans added.
“Every tournament gives you information-- information about ourselves, about our opponents, about individual players-- and what we always do is have an evaluation after the tournament and, based on that evaluation, we will start planning towards the World Cup and, after that, the Olympic qualification process, which starts in April next year.”
The Malaysians will now prepare for the 2018 Hockey World Cup, which will take place in Bhubaneswar in the Indian state of Odisha.
Sixteen teams are expected to participate, and Malaysia has been drawn in Pool D, alongside the Netherlands, Germany and Pakistan, who were also a fixture in the Asian Champions Trophy.
Pakistan defeated the Malaysians 1-0 in the group stages of the tournament, after which they beat them in the semi-finals, surrendering a 4-1 lead to them, but managed to prevail 3-1 on penalties.
Their previous best at a hockey world cup was during the 1975 edition of the tournament, when they finished fourth while hosting the event.