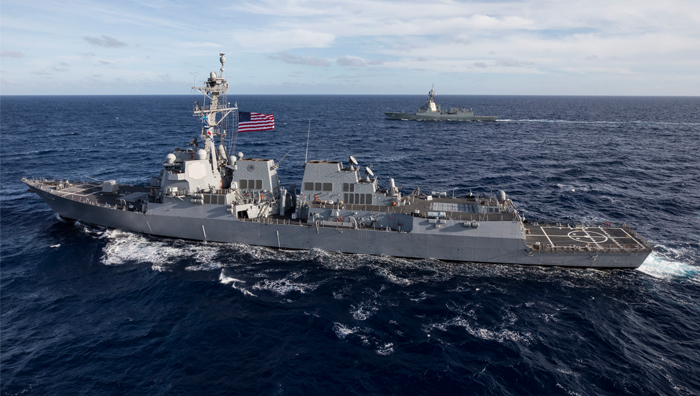 Washington: The Pentagon on Friday said it had successfully tested its anti-ballistic missile system off the west coast of Hawaii, increasing the capacity to knock down missiles targeting the United States and its allies from states like North Korea and Iran.
The intercepting missile, which is being developed by the United States and Japan, was launched from the USS John Finn on Friday after radar on the destroyer detected and tracked the medium-range ballistic target missile.
In August the Pentagon was given the mandate to pursue more options for defeating U.S.-bound North Korean missiles by using radar and more missiles to spot and shoot down inbound threats.
The military has been exploring whether the United States can add another layer to defenses to those already in place for intercepting incoming missiles.
The Aegis system, used in the latest test, was fitted with a Standard Missile 3 Block IIA (SM-3 IIA) interceptor being developed in a joint venture between Raytheon Co and Japan’s Mitsubishi Heavy Industries Ltd.
Lockheed Martin Corp's Aegis system currently is deployed aboard 36 U.S. Navy ships, as well as at the Pacific Missile Range Facility on Hawaii.
Aegis ships could patrol the Pacific Ocean and augment the network of ground-based midcourse defense interceptor missiles in Alaska and California that protect the United States from intercontinental ballistic missile attacks.