Barca must dig in to fill hole left by Messi - Alba 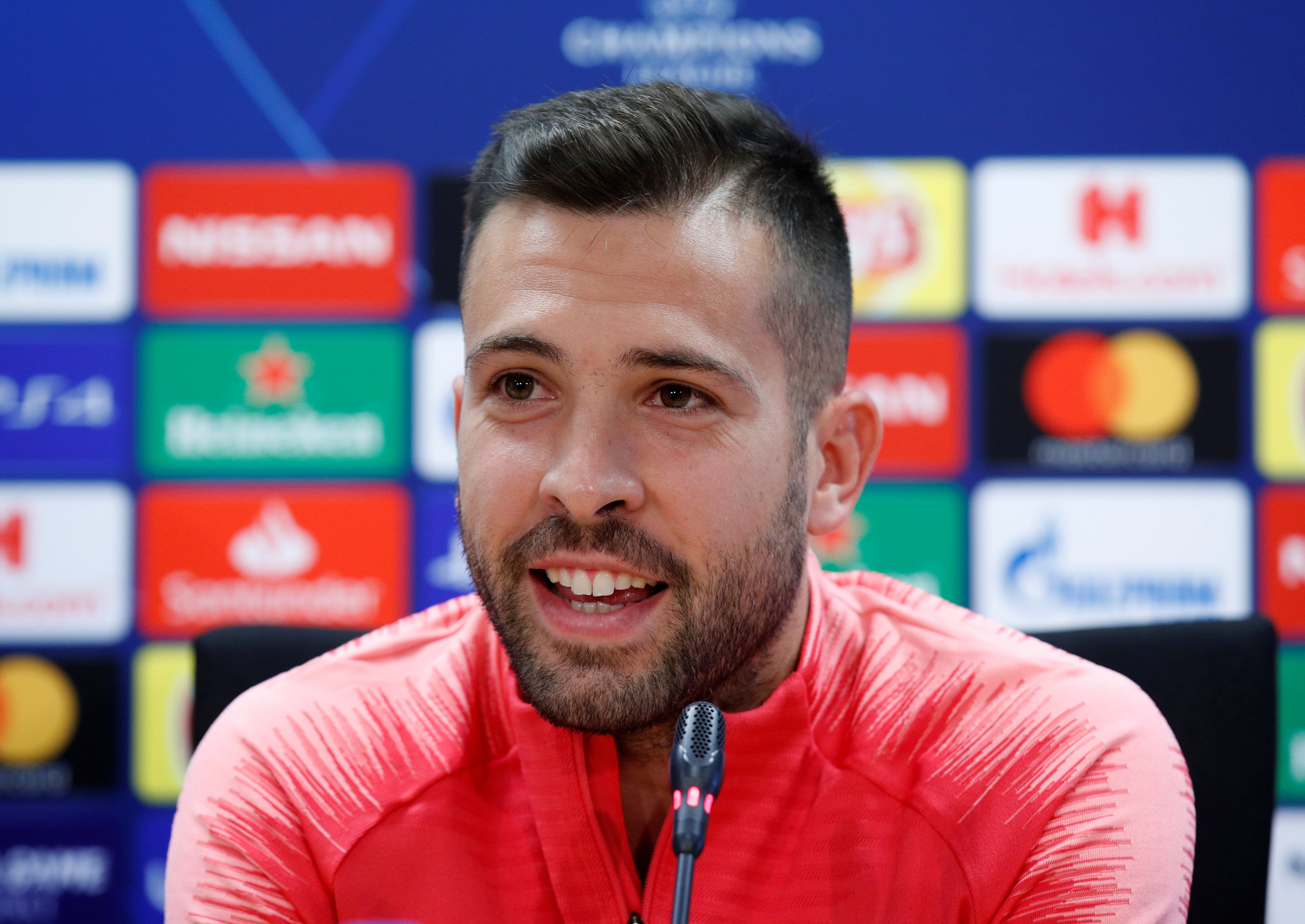 BARCELONA: The absence of Lionel Messi for the next three weeks with a broken arm obliges every Barcelona player to pull together and perform better than ever before, defender Jordi Alba said ahead of his side's Champions League clash with Inter Milan.
"No-one can replace Leo, he makes any team far better and guarantees you at least 20 goals a season, and everyone always expects Messi to resolve a game by himself," Alba told a news conference ahead of Wednesday's game at the Nou Camp.
"We all have to pull our weight and dig in more than ever. I trust in the team, though, and think we're going to come through this spell unscathed despite the fact Leo isn't available."
Messi is expected to be sidelined for Barca's next six games, including Sunday's 'Clasico' against Real Madrid and the home and away games against Inter Milan after sustaining injury in Saturday's 4-2 win over Sevilla in La Liga.
Alba, who frequently provides Messi with key passes down Barca's left flank and regularly receives pin-point balls from the Argentine, admitted he personally was a less dangerous player without his captain around.
"His absence affects me a lot, I feel much better with Leo in the team because he's different to the rest, he sees passes that others cannot," Alba added.
"He tries to find me and I try to find him on the pitch, I feel much stronger with him around."
Like Barca, Inter have won both of their Champions League games and are the Catalan side's main rivals in topping Group B.
Luciano Spalletti's side are on a run of seven straight wins in all competitions and will feel even more emboldened after snatching a 1-0 win over local rivals AC Milan in Sunday's derby with a late header from captain Mauro Icardi.
"We are up against a team in their best form of the season, who have won a number of games with late goals and who have a great team spirit," added Barca coach Ernesto Valverde.
"They are a team that like to play in the opponents' half, I think it will be an entertaining game as well as an important one because whoever wins tomorrow will go top and take a huge step towards qualifying."
Like Alba, Valverde did not deny his side are a different prospect without their all-time top scorer and captain.
"Of course (Messi not playing) conditions us, but we have to get through these games without him. We are very confident after beating Sevilla. We want to miss him while we win games."