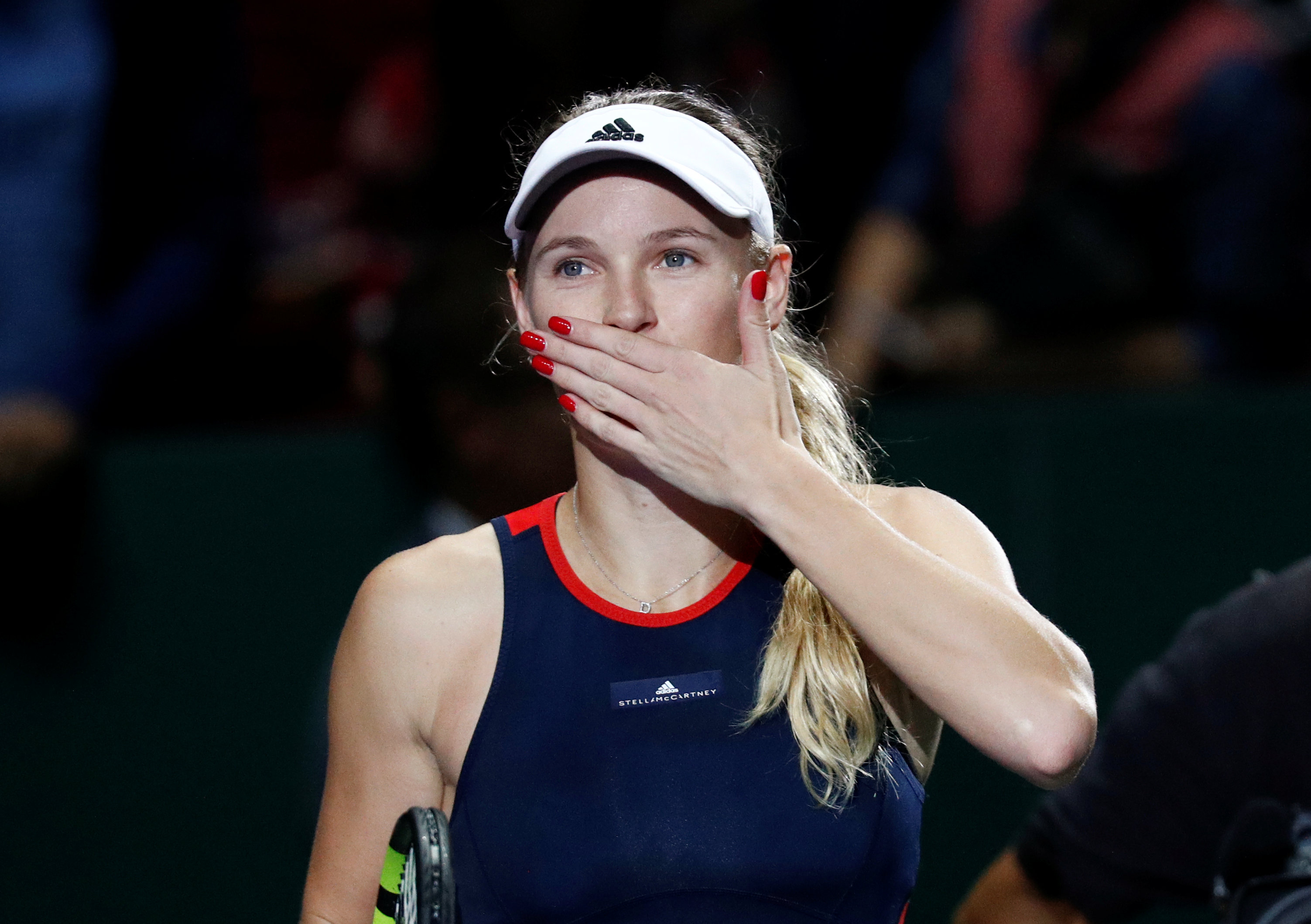 SINGAPORE: Caroline Wozniacki overcame a mid-match wobble and withstood a barrage of big hitting to get her WTA Finals title defence back on track with a 7-5, 3-6, 6-2 victory over Petra Kvitova at the Singapore Indoor Stadium on Tuesday.
Both players came into the contest on the back of opening defeats in round robin play but the Danish world number three ended a run of four straight defeats to the Czech to stay alive in the eight-woman tournament for at least one more match.
Wozniacki, who started her White Group campaign with a 6-2, 6-4 loss to Karolina Pliskova on Sunday, spent most of the match against Kvitova pinned on the baseline but her consistency and patience proved vital as she pulled away in the final set.
"I played much better today. I served and returned pretty well, and moved really well against a player who is so powerful that you have to stay on your game," Wozniacki said
"You never know what is going to happen against Petra, so I just stayed focused and got a lot of balls back."
The match was a cagey affair from the outset with seven holds of serve in a row. But after they traded breaks as the intensity levels picked up, Wozniacki broke again to seal the opener when Kvitova blasted a forehand into the net.
Kvitova took control of the second set with an early break, then lost momentum when Wozniacki took a timeout for treatment on her knee, before she regained the upper hand to level the match with a sliced backhand winner on her third set point.
Sensing her title defence was in tatters, Wozniacki regrouped to break at the start of the decider when she put away a backhand to win the longest rally of the match, and ran away with the contest as Kvitova wilted in the final set.
The 28-year-old Wozniacki sealed victory on her first match point with a big serve that Kvitova sent long, and will hope to win her final match of round robin play against Elina Svitolina to secure a semi-final berth.
"I just always believe in myself, that I am going to win when I go out on court. I was just out there, had the belief and fought to the end," Wozniacki added.
The Ukrainian Svitolina, who beat Kvitova in her opening match, takes on big-serving Czech Pliskova in Tuesday's second match with the winner almost virtually assured of advancing to the last four.