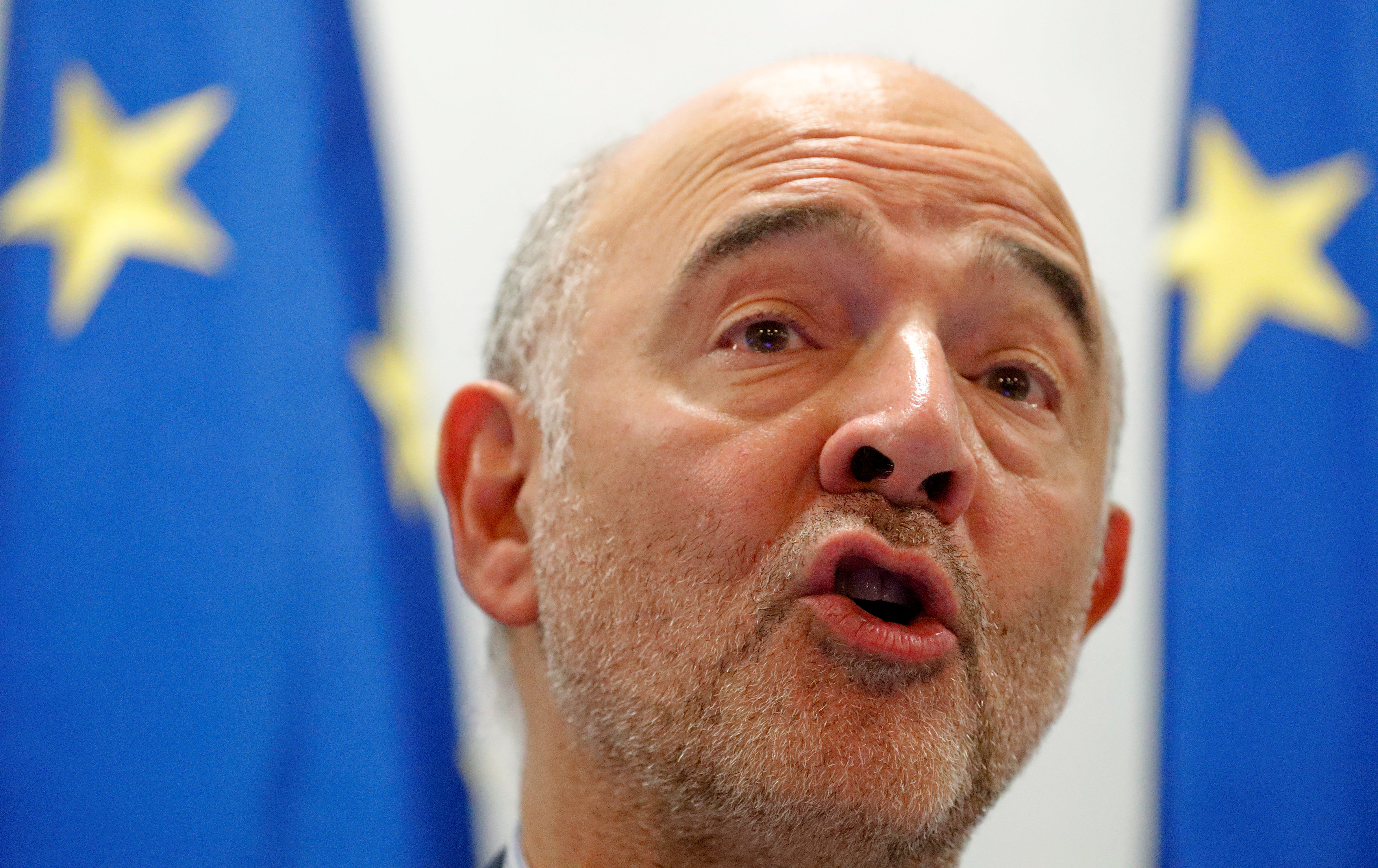 Paris: The European Commission does not want any crisis with Italy over its budget plans, but it expects answers to its concerns, European Economic Affairs Commissioner Pierre Moscovici said on Monday.
An Italian government source said that Rome was expecting the EU executive to take the unprecedented step to ask it to revise its 2019 draft budget, which includes lifting the deficit to 2.4 per cent of GDP from 1.8 per cent in 2018.
"The European Commission does not want a crisis between Brussels and Rome," Moscovici told France Inter radio. "My state of mind is that of constructive dialogue."
Deputy Prime Minister Luigi Di Maio said on Monday that the Italian government was ready to discuss its budget targets with European Union authorities.
The Italian government is expected to send a letter on its budget to the Commission by noon. Moscovici said the European Commission would meet on Tuesday to discuss the response, adding that he could not say when it would take a decision.
"When you are an EU member and a member of the single currency, of the euro zone, you must respect a number of joint rules," Moscovici said, reaffirming the concerns the EU executive has expressed over the past weeks on Italy's budget plans. Italy's structural deficit is way too high, he said.
Moscovici, a French Socialist, said he was making a difference between Salvini's political ideas, which he disagrees with, and the Italian government, which he says he respects.
"I can fight Mr Salvini as party chief; I can fight his ideas; I can consider that, he also belongs to the illiberal democracy space. After all he is Mrs Le Pen's friend, let's not forget this," he said, referring to the French far-right leader.
"I fight the National Front and I fight the League on a political level, but I respect the Italian government. And it must also respect EU rules," he said. "It is mutual respect that allows us to move forward in this diverse Europe."