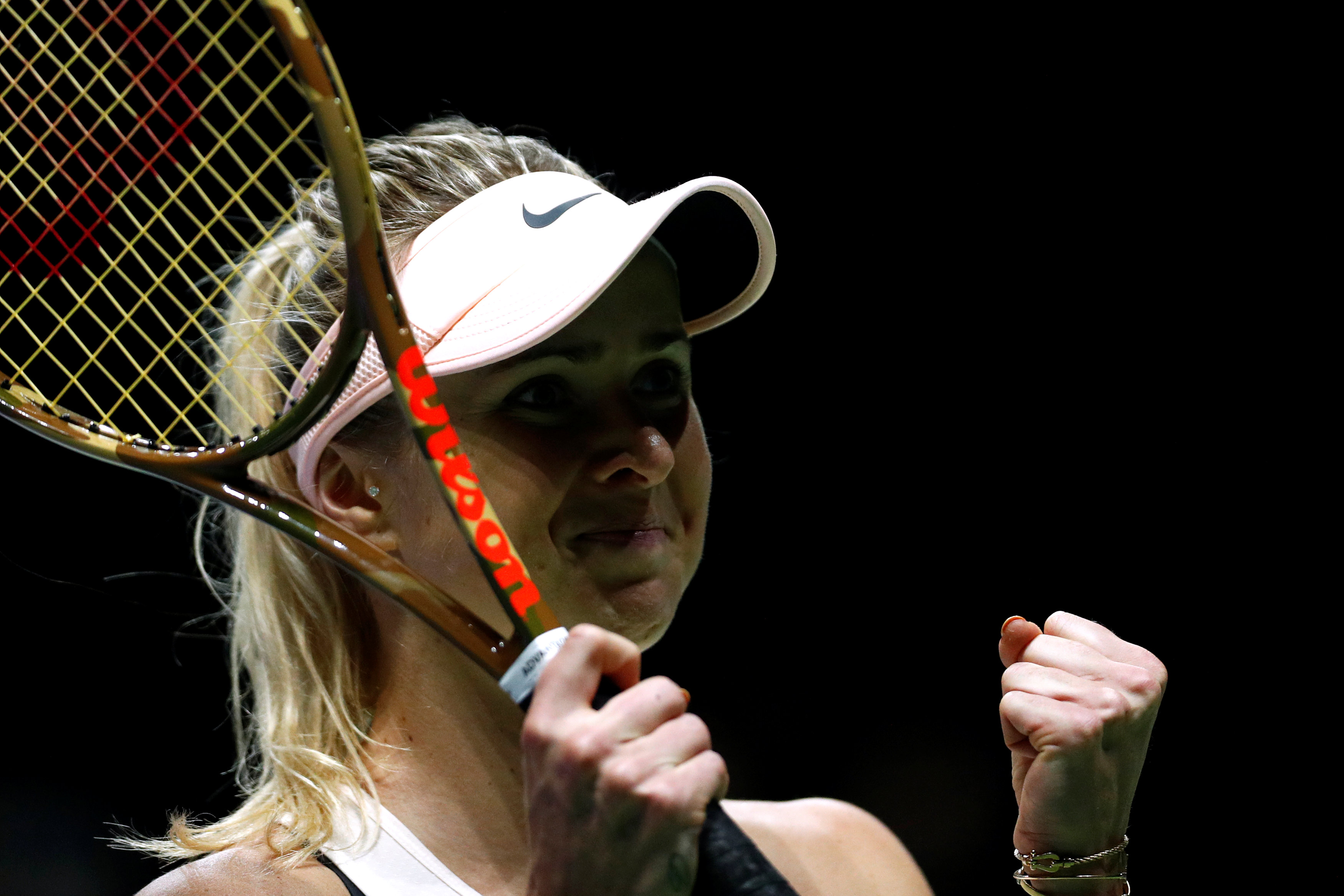 SINGAPORE: Elina Svitolina tore up the form book to open play at the WTA Finals with a brilliant display of serving and retrieving to register a 6-3, 6-3 victory over Petra Kvitova at the Singapore Indoor Stadium on Sunday.
The 24-year-old Ukrainian came into the White Group opener at the eight-woman event on the back of seven straight defeats to the big-hitting Czech, but Svitolina was able to capitalise on her opponent's erratic play to record a stunning triumph.
"I had to stay focused and be strong mentally. That was the key as she strikes the ball pretty hard and I had to react quickly and move my feet. I need a massage now," Svitolina said in a post-match interview.
Svitolina is making her second appearance at the season-ending tournament, and appeared focused and determined to make amends for a lacklustre display a year ago when she crashed out of the tournament in the round robin phase.
Both players appeared nervous at the start of the match as they struggled to find their timing on a court playing faster than ever, but Svitolina settled the quickest after dropping her opening service game and never looked back.
Kvitova, meanwhile, relies on her booming forehand to put pressure on her opponents but the left-handed Czech racked up a plethora of unforced errors and double faults to gift the opening set to an increasingly-confident Svitolina.
The Ukrainian continued to play an error-free brand of no-risk tennis to claim her fifth game in a row to open the second set and once she forged her fourth break of the match in the sixth game, the writing was on the wall for her opponent.
Kvitova, who won five tournaments in 2018, made one final push to get back into the contest but Svitolina held her nerve to close out the match when the Czech, who committed a costly 29 unforced errors, sent a lunging backhand into the tramlines.
"You need to play at the best level you can imagine because everyone is very strong. From the beginning you have tough matches and even if you don't start well, you are still alive and fighting for a semi-final spot," Svitolina added.
White Group play continues on Sunday when defending champion Caroline Wozniacki takes on Karolina Pliskova in a rematch of their semi-final at the same event last year.