Football: Maradona lashes out at Messi in greatest player debate 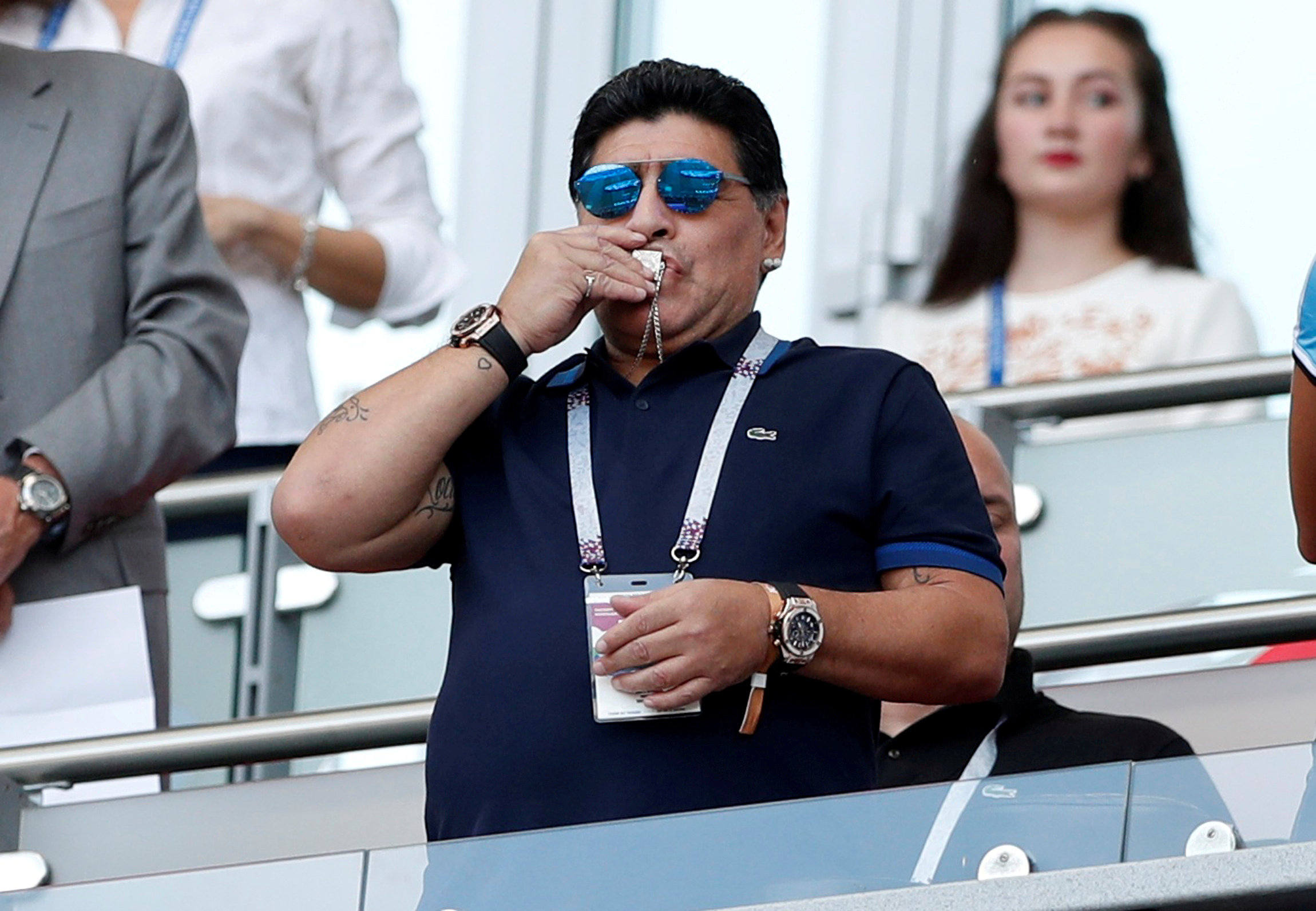 BARCELONA: Argentina great Diego Maradona has hit out at his countryman Lionel Messi, saying the forward is not a leader on the pitch and should not be considered a footballing God.
Maradona, who along with Brazil's Pele is widely held to be one of the best players of all time, said Messi was one player at his club Barcelona and another with the national side.
"We shouldn't deify Messi any longer," Maradona said in an interview with Fox Sports. "He's Messi when he plays for Barcelona. Messi is Messi when he wears that shirt and he's another Messi with Argentina."
"He's a great player but he's not a leader. It's useless trying to make a leader out of a man who goes to the toilet 20 times before a game."
The reference was believed to be in connection with Messi's extreme nerves before games that have seen him vomit ahead of some important matches.
Messi, 31, has claimed every possible honour with Barcelona and has won the FIFA World Player of the Year award five times.
But he has struggled to reproduce the same scintillating form when wearing the blue and white shirt of Argentina.
Messi has been on the losing side in all four of his finals with Argentina - three in the Copa America and at the 2014 World Cup - and has not scored in four World Cup knockout stages.
After another disappointing tournament in Russia this year, where Argentina failed to get past the last 16, Messi opted to take a sabbatical from international football.
Maradona, who made his comments from Sinaloa, where he recently took over as coach of local side Dorados, said he believed Messi's break was a sensible one.
"I wouldn't call him up right now, but never say never. We have to take the pressure off him," he said.
Argentina beat Iraq 4-0 on Thursday with a new-look side, taking their unbeaten run since Russia to three games.
A sterner test will take place on Tuesday when they face Brazil in Saudi Arabia - without Messi.