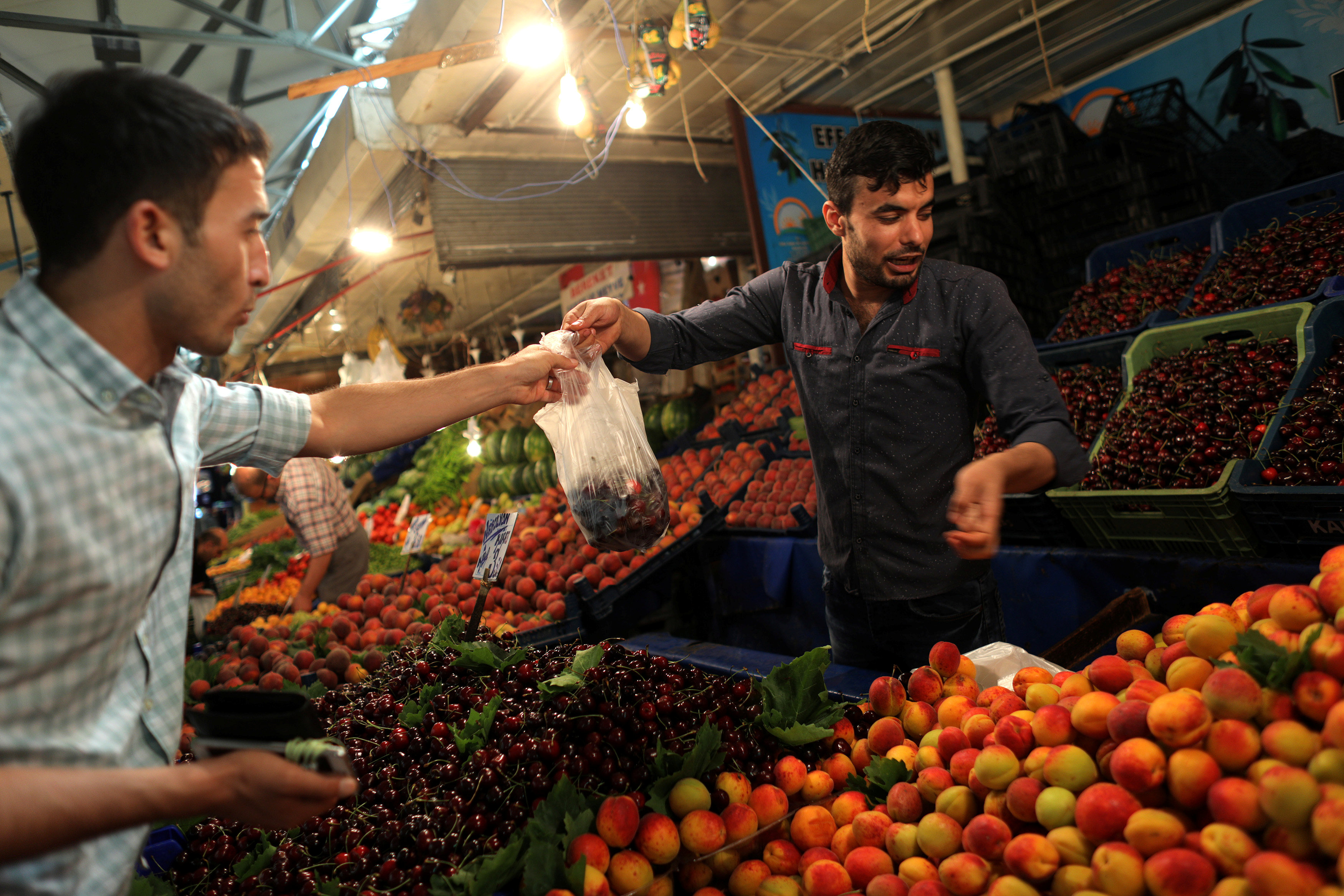 Istanbul: Turkey's private sector has agreed to cut prices on the goods it sells by at least 10 per cent across the board, Finance Minister Berat Albayrak said on Tuesday, as he called on businesses to join a national struggle to tamp down runaway inflation.
Financial markets gave a lukewarm appraisal to the programme, which includes a freeze in energy prices. Albayrak, President Tayyip Erdogan's son-in-law, has promised a "fully fledged fight" against inflation - but investors say delivering that would require aggressive interest rate hikes and a more orthodox approach to monetary policy.
The lira has fallen some 40 per cent this year, driving up the price of everything from food to fuel and sending inflation to 25 per cent last month, its highest in 15 years.
The sell-off has been sparked by concern about Erdogan's influence over monetary policy. A self-described "enemy of interest rates", the president wants borrowing costs lowered.
"It is not sufficient to cope with inflation," said Kaan Nazli, a senior economist at asset manager Neuberger Berman.
"What you really need to do is to engineer a continuous slowdown in the economy, keep monetary policy tight and do things that way."
The lira weakened slightly after Albayrak's presentation in Istanbul. It was at 6.1450 to the dollar at 1404 GMT, about half a per cent weaker on the day.
"The fight against inflation and for price stability is not a fight that can be conducted by the state and institutions alone," Albayrak said.
The voluntary discount would be reflected in all the goods that make up the inflation basket, and prices would be lowered by a minimum 10 per cent until the end of the year, he said.
Banks will also offer 10 per cent discounts on their highest interest rates, he said. It was not immediately clear how many goods would ultimately be impacted, or how many companies would take part, but Albayrak called on the public to support those that did push through the price cuts.
Food prices
For years, volatile food prices have vexed policymakers' attempts to rein in inflation. Ankara's inability to cool the rise has fuelled a blame game among food producers and retailers, with each accusing the other of hiking prices.
Industry officials and economists say there are deeper structural problems, from the lack of a long-term agricultural policy to a supply chain hindered by middlemen and arcane bureaucracy.
In September, the cost of food and non-alcoholic drinks rose more than six percent from a month earlier, heaping more pressure on consumers.
"What is missing is structural reform to solve issues of persistently high food inflation, which to a large extent is caused by the fact that Turkey imports a significant amount of food," said Piotr Matys, an emerging markets foreign exchange strategist at Rabobank.
"It looks like these are pretty temporary measures. What we really need is a long-term solution to prevent food prices from rising again."
Erdogan has called on Turks to report unusual price hikes in shops, saying it was the government's responsibility to raid the inventories of stores if necessary.
The trade ministry said on Monday it had asked more than 100 companies to explain what it says were excessive price increases of goods, in a probe into suspected price gouging after it inspected more than 69,000 products at nearly 4,000 companies.
As the currency crisis deepened in August, the government made it illegal for companies to arbitrarily impose price increases if they were not impacted by a rise in input costs or the exchange rate.