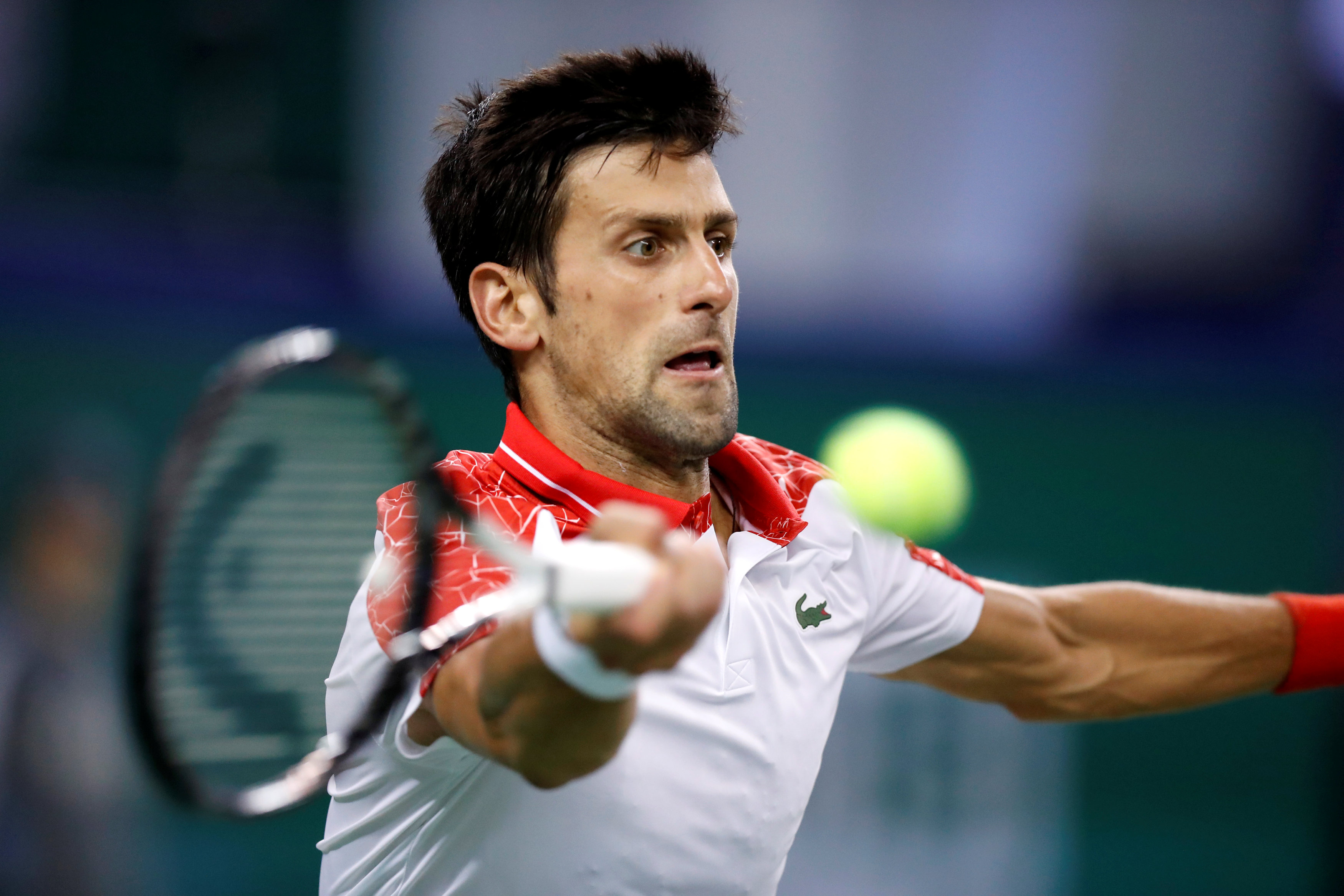 SHANGHAI: Novak Djokovic stepped up his bid to dethrone Rafael Nadal from the top of the world rankings with a 6-3, 7-5 win over Frenchman Jeremy Chardy in the second round of the Shanghai Masters on Tuesday.
The 31-year-old Serb was playing his first match on the ATP tour since lifting his 14th Grand Slam title at the US Open last month and looked in complete control as he won 34 of 40 points on his first-serve to book a place in the last 16.
Djokovic, who received a first-round bye, could pass Roger Federer at number two in world rankings if he reaches Sunday's final. Nadal's lead at the top will be trimmed as he is skipping the Asian swing to recover from a knee injury.
World number seven Dominic Thiem's bid to qualify for the next month's ATP World Tour Finals suffered a blow as he was edged out 6-4, 6-7(8), 7-6(4) by Australian Matthew Ebden.
Thiem, who also received a first-round bye, struggled to find his rhythm in a tightly contested encounter which lasted two hours and 45 minutes.
Nikoloz Basilashvili, who lifted the Beijing title on Sunday, extended his winning streak to six matches by beating Canadian Denis Shapovalov 6-2, 6-2 in just under an hour.
The 26-year-old Georgian will meet fourth-seeded German Alexander Zverev in the second round.
"It's very important I won today after Beijing because it gives me a lot of confidence for a big match that I have," Basilashvili said.
"Sascha is a very good player and I think it's going to be a very difficult match for me, but very interesting. I am feeling very fresh and have a lot of energy so I'll have no excuses."
Briton Kyle Edmund, who moved to a career-high ranking of 14 this week, continued his impressive run in Asia with a 7-5, 6-3 win over Serbia's Filip Krajinovic.