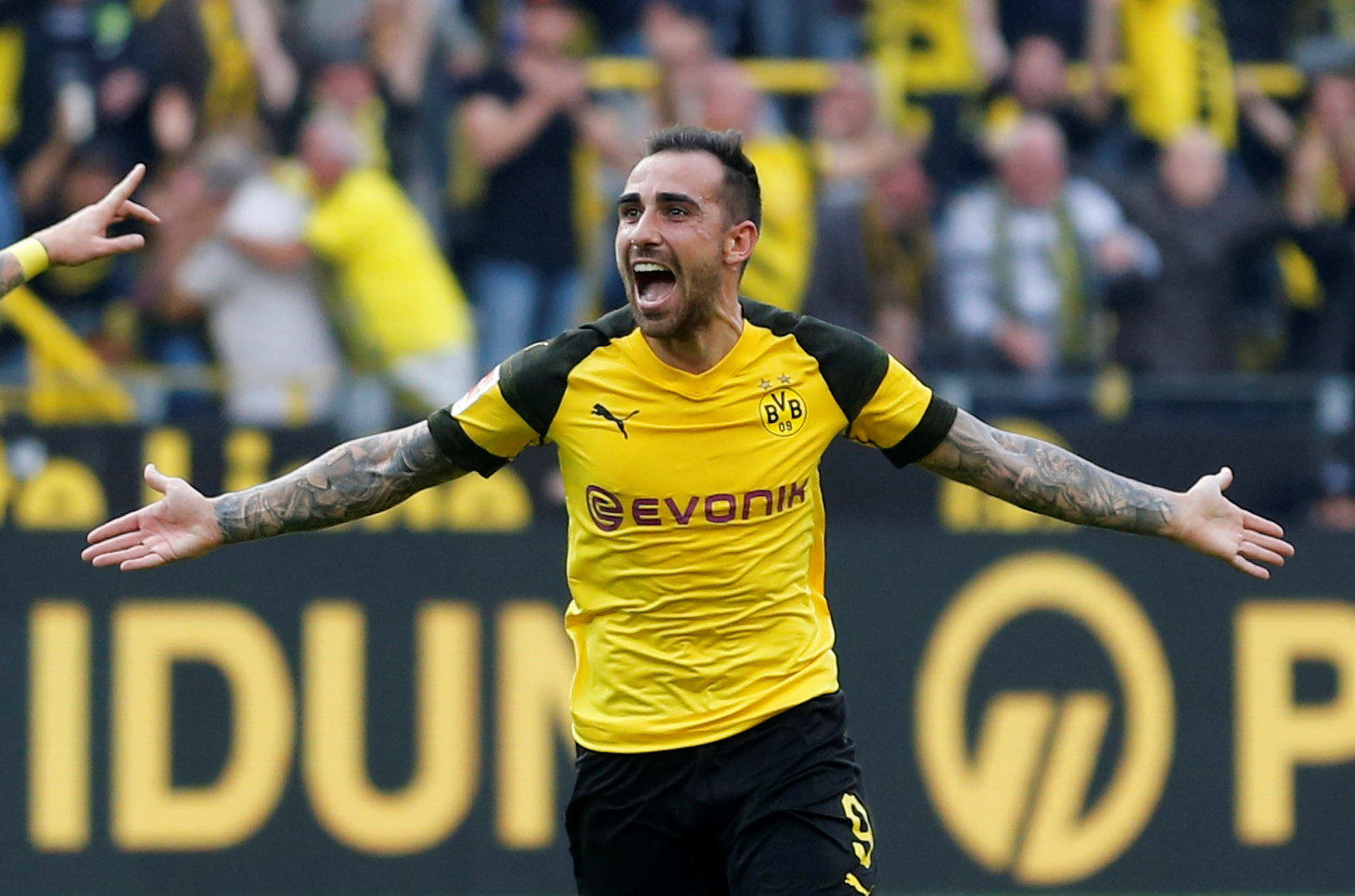 BERLIN: Paco Alcacer came off the bench to score a hat-trick, including a free kick with the last action of the game, to give Bundesliga leaders Borussia Dortmund a dramatic 4-3 win over Augsburg on Saturday.
An extraordinary see-saw match produced four goals in the last 10 minutes as Borussia hit back from 2-1 down to lead 3-2, defiant Augsburg equalised and Alcacer, on loan from Barcelona, grabbed the winner.
Alfred Finnbogason gave Augsburg a halftime lead before Alcacer scored with his first touch in the 62nd minute, three minutes after coming on, as he turned in Jadon Sancho's pass following a lethal counter-attack.
Philipp Max volleyed Augsburg back in front before Alcacer levelled again in the 80th minute, getting away from his marker to latch on to a free kick and score with a shot on the turn.
Substitute Mario Goetze, playing his first league match of the season, put Dortmund ahead for the first time four minutes later.
Michael Gregoritsch headed Augsburg level from a corner in the 87th minute but the drama was still not over.
Augsburg substitute Sergio Cordova clumsily gave away a free kick with a high challenge and Alcacer curled his shot around the wall in the fifth minute of stoppage time.
Dortmund, the only unbeaten team after seven games, lead with 17 points, three ahead of Werder Bremen, who beat VfL Wolfsburg 2-0 on Friday, and Hertha Berlin, who drew 0-0 at Mainz 05.
Bayern Munich (13 points) were hosting Borussia Moenchengladbach in the later game.
American midfielder Weston McKennie, who scored a late winner at Lokomotiv Moscow in the Champions League on Wednesday, followed that up by grabbing his first Bundesliga goal for Schalke 04 to set up a 2-0 win at Fortuna Duesseldorf.
The 20-year-old, playing his 28th league match for the Royal Blues, turned in Suat Serdar's pass at the near post three minutes into the second half and Guido Burgstaller added the second.
It was Schalke's second win in a row after they lost their five opening games.
Bobby Wood completed a good day for U.S. players by scoring a brace to give Hanover 96 their first win of the season and lift them off the bottom with a 3-1 win over VfB Stuttgart.
Ihlas Bebou was also on target for Hanover and Mario Gomez replied for Stuttgart.