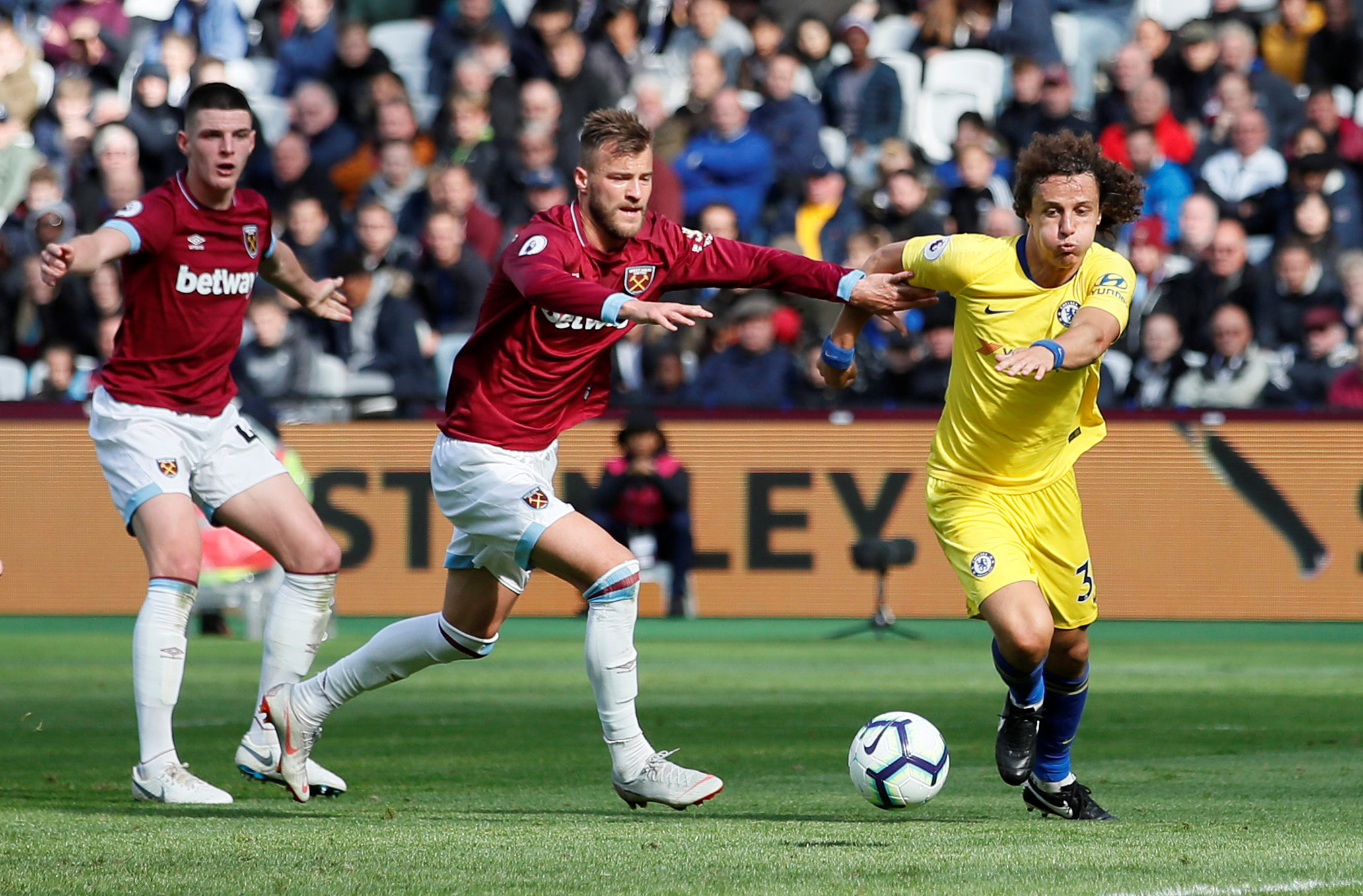 LONDON: Chelsea lost their 100 percent Premier League record when London rivals West Ham United held them to a 0-0 draw on Sunday.
Needing a two-goal win to depose Liverpool at the top of the table, Chelsea struggled to make clear chances despite having the majority of possession and stayed third behind the Merseysiders and champions Manchester City.
The home side could have punished them but Michail Antonio, who was deputising for the injured Marko Arnautovic, missed two first-half chances and Andriy Yarmolenko headed wastefully wide.
West Ham, with only one win so far from their six matches, remain 17th, one place above the relegation zone.
Despite having barely 30 percent of possession in the first half, West Ham finally came alive after 30 minutes with two good chances for Antonio.
Sent through by record signing Felipe Anderson he shot too high but then forced goalkeeper Kepa Arrizabalaga into a good save after being set up by Yarmolenko.
For all their dominance, Chelsea made barely one real opportunity before the interval when N'Golo Kante arrived to head wide from Willian's smart volleyed cross.
In the second half it was two of Chelsea's substitutes who went closest. Alvaro Morata's first attempt hit goalkeeper Lukasz Fabianski in the face and later Ross Barkley's curler was also kept out by the home goalkeeper.
Chelsea's third substitute was experienced defender Gary Cahill, getting a first opportunity under new manager Maurizio Sarri when replacing the injured Antonio Rudiger.
The best chance of the game, however, fell West Ham's way when Yarmolenko was alone at the far post to meet a perfect cross from Robert Snodgrass, but put his header wide.
After losing their first four games but winning at Everton last weekend, West Ham are showing signs of improvement.
"Signing nine players and with a new manager it was always going to be difficult," Antonio told Sky Sports.
"Now we're starting to gel."
That new man in charge, the Chilean Manuel Pellegrini, understandably felt his side were well worth their first home point of the season.
"A good point in a very close game," he said. "We played a good tactical game, defended well and created some chances.
"If you don't score (from) your chances, you must pay. But if you don't win, then don't lose."
Chelsea have another chance to knock Liverpool off the top when they play them at Stamford Bridge on Saturday -- three days after the clubs meet in the League Cup at Anfield.
Manager Sarri is likely to make a number of changes on Wednesday but will want to see greater energy and more penetration in the league game after Sunday's subdued performance.
"Today was a very difficult match," he said.
"West Ham are a very good team and after they won at Everton they had confidence."