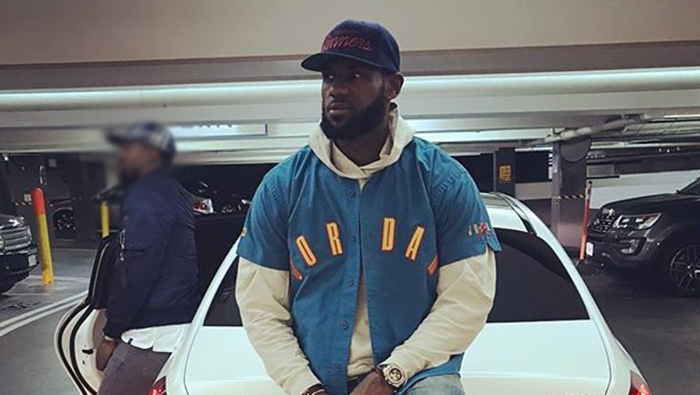 Los Angeles: LeBron James and director/producer Ryan Coogler, best known for directing "Black Panther," are teaming up to make a long anticipated new "Space Jam" film.
SpringHill Entertainment, James and business partner Maverick Carter's company, announced the news Tuesday by tweeting out a cartoon image of a locker room with lockers for James, Bugs Bunny, Coogler and Terence Nance, who will direct the film. Coogler will be the producer.
According to ESPN, James and Carter have been in talks to make a new "Space Jam" film for more than five years, and James was personally involved in recruiting Coogler. ESPN also reported the movie will not be a sequel to the 1996 "Space Jam" film starring Michael Jordan and Bugs Bunny, a movie that grossed $375 million worldwide, more than double any other basketball movie.
James has previously been vocal with his praise for Coogler and "Black Panther", a Marvel blockbuster featuring a primarily black cast and a black superhero.
"I loved his vision," James told The Hollywood Reporter of Coogler. "So for Ryan to be able to bring that to kids, it's amazing."
"The 'Space Jam' collaboration is so much more than just me and the Looney Tunes getting together and doing this movie," he continued. "It's so much bigger. I'd just love for kids to understand how empowered they can feel and how empowered they can be if they don't just give up on their dreams. And I think Ryan did that for a lot of people."
SpringHill signed an agreement with Warner Bros. Entertainment, which owns "Space Jam," in 2015.
Filming is expected to start next offseason, and it's possible that Jordan could be involved.