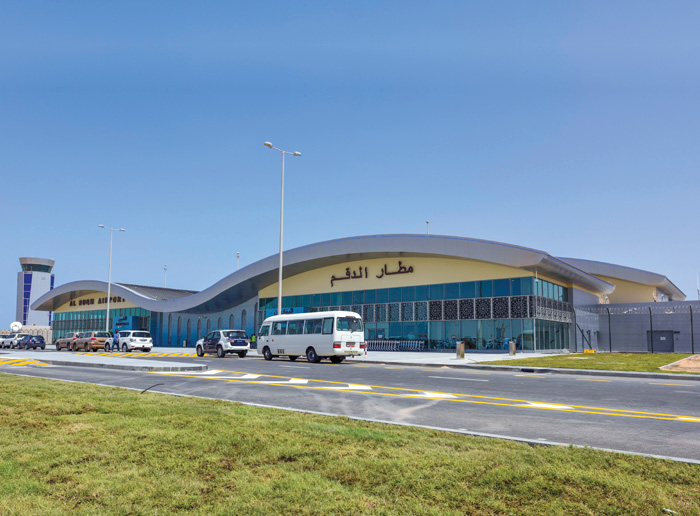 Another feather to Oman’s transport and communications cap has been added by the opening of the new Duqm International Airport, which opened its doors to the public this week. From a makeshift airport that was built in 2014 to this brand new state-of-the-art terminal that can accommodate 500,000 passengers annually, the airport is all set to contribute to the development of Duqm, which is going to play a major role in fuelling Oman’s economy.
**media[934185]**
After Muscat, Salalah, and Sohar, Duqm is going to be Oman’s fourth major airport. With all the unprecedented developments planned for the region in the coming years, a good network of transport and communication will prove to be paramount in achieving all its economic goals. The Duqm port, dry dock, upcoming refinery, and petrochemical projects are all going to benefit from this project, which is considered to be one of the main components of the Special Economic Zone Authority of Duqm (SEZAD).
**media[934184]**
It is not just intercity and international connectivity that is going to be facilitated by the airport. It connects to the port through a double three-lane road in each direction, providing a smooth and easy link between them. A dual road linking the port and the main road from Muscat is also under construction to facilitate the transport of goods by land to various parts of the Sultanate and then overseas. —[email protected]
**media[934187]**