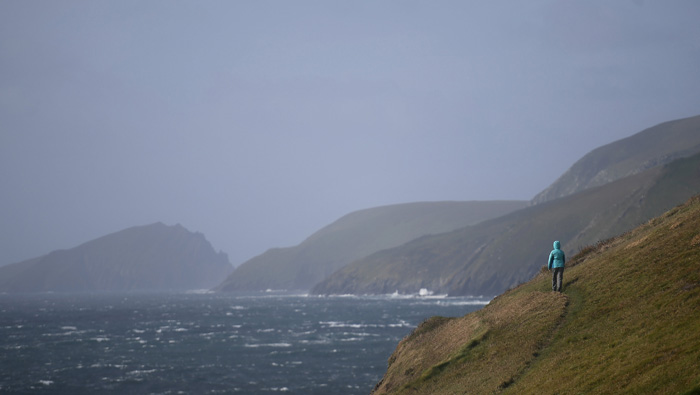 Dublin/Belfast: A woman died on Wednesday when high winds blew her caravan off a cliff in the Irish Republic and a man died in Northern Ireland as Storm Ali grounded flights and left over 200,000 people across the island without electricity.
Irish police said the body of the woman, who was in her 50s, was recovered on a beach in the village of Claddaghduff in the western county of Galway after her caravan fell from the cliff above.
Police in the British province of Northern Ireland said later on Wednesday an engineer working for the Northern Ireland Water utility was killed in an incident involving a tree. Some 126,000 homes and businesses were without electricity in the Irish Republic due to gale force winds that reached over 140 kilometres per hour, down from an earlier peak of 186,000, while power cuts hit another 90,000 homes north of the border.
More than 50 flights in and out of Dublin airport were cancelled. Ireland's National Meteorological Service said severe gusts would persist in some areas but that, particularly in the west of the country, winds would continue to abate through the late afternoon and evening.
Three people died in Ireland last October when Tropical Storm Ophelia whipped up 10-metre high waves and battered every corner of the country.