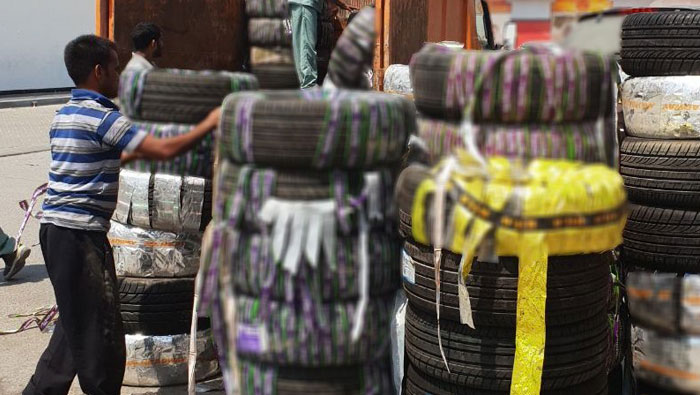 Muscat: The Directorate of Consumer Protection in Rustaq, in collaboration with the Municipality of South Batinah, and Be'ah, recently destroyed 56 expired vehicle tyres in the wilayat of Mussanah.

This came after inspectors from the authority visited several shops that sell tyres, to make sure that they were abiding by the rules. It was found that some tyres which were put on sale were already past their expiry date, the Public Authority for Consumer Protection (PACP) said in a statement.

PACP then coordinated with Mussanah Municipality and Be'ah to destroy the confiscated tyres.

It also contravenes Decree No. 257/2015 pertaining to the prohibition of the circulation of used tires in Article 1, which states that "the selling of used [old] tires of all types and sizes is not be permitted".

PACP called upon all traders and suppliers to cooperate and ensure the safety of the goods offered to the consumer, and to conform with the standards applicable for each commodity. It also called upon the need to ensure that these goods do not conflict with the laws and regulations in the Sultanate.

The authority stressed that it will take strict actions against those who do not comply with the provisions of the regulations and legislations.