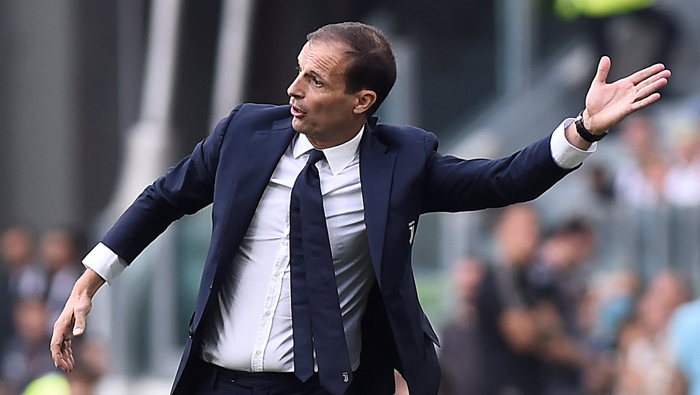 MILAN: Juventus coach Massimiliano Allegri said winger Douglas Costa faces a fine after he was sent off for spitting against Sassuolo on Sunday, marring a 2-1 Serie A win in which Cristiano Ronaldo scored his first goals for the club.
Allegri was also angry at the way his team played after going 2-0 ahead in the 65th minute of the game, saying they became too individualistic.
Costa was dismissed for spitting at Federico Di Francesco after a running feud in which the Brazilian also elbowed and head-butted the Sassuolo player.
"Even if he was fouled, these episodes must not happen," Allegri told reporters. "We mustn't fall for provocation.
"The game was winding down, we had it in the bag and, instead, we stopped playing as a team, everyone wanted to dribble a bit.
"Then the other team gets back into the game, some players get irritated and that sort of thing happens."
Allegri added: "It's only right that he (Costa) is fined, and he certainly will be... I was surprised by his reaction. We have suffered a goal, a red card and a suspension which will be long."
Ronaldo needed three-and-a-half games to break his duck for Juventus, but Allegri said he never had any doubts about the Portugal forward.
The first goal was a gift as a Sassuolo defender headed the ball onto the post and the rebound landed right at Ronaldo's feet, leaving him with the easiest of tap-ins.
"Was there any anxiety? Not on my part," said Allegri.
"You just have to see the first three games and how close Ronaldo went to scoring," he said. "He was a little too hasty and eager to score again today, but football takes away and it gives, and the ball bounced off the post and right into his path."