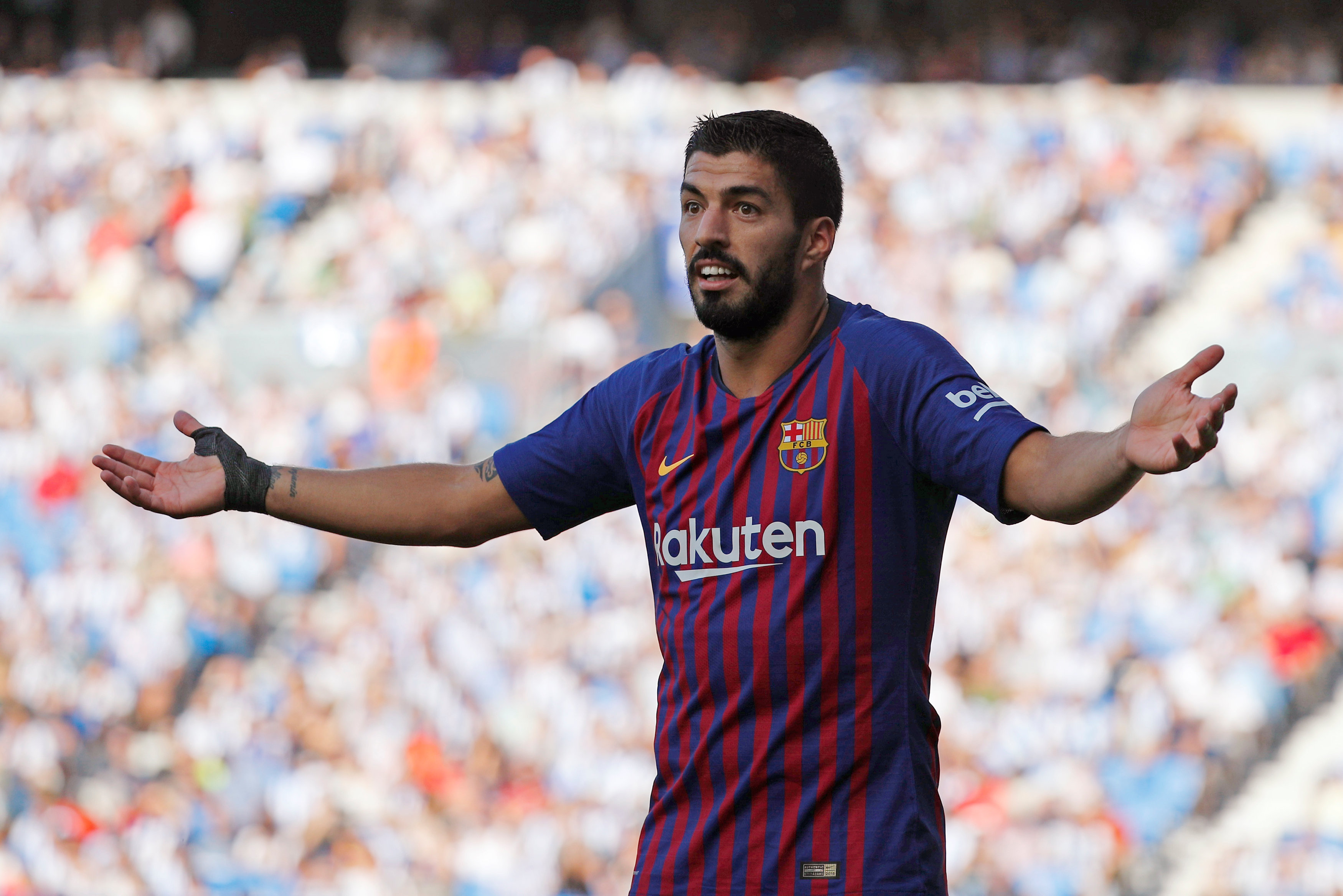 SAN SEBASTIAN: Barcelona rode their luck to come from behind and win 2-1 at Real Sociedad on Saturday, continuing to banish their awful record in San Sebastian and maintaining their perfect start to the La Liga season.
The champions fell behind following a thumping shot from Aritz Elustondo in the 12th minute from a set piece.
They also survived a mini onslaught from the home side in the second half before Luis Suarez levelled in the 63rd with a scrappy goal and Ousmane Dembele gave them a barely deserved lead three minutes later.
The fightback follows Barca's 4-2 win at Real Sociedad in January. They recorded a second straight victory at Anoeta after an 11-year barren spell without a league win there.
Barca lead the standings with 12 points after four games although Real Madrid can join them at the league's summit if they win at Athletic Bilbao later on Saturday.
Visiting coach Ernesto Valverde decided to start his side's arguably least favourite away trip without Philippe Coutinho and Sergio Busquets ahead of a jammed schedule of six games in 20 days.
That gamble appeared to have backfired when Elustondo smashed home following a knock down from a corner.
The home fans, closer to the pitch after a partial renovation of the stadium, were in jubilant mood after giving a rousing reception to recently retired striker Imanol Agirretxe.
Real Sociedad's players fed off that energy by containing Barca, who created scant chances in the first half and spent much of it arguing with the referee, with their best chance a header from Gerard Pique that narrowly missed the target.
Valverde brought on Coutinho and Busquets early in the second half but it initially made little difference as Real Sociedad launched three counter attacks in quick succession, with only the presence of German goalkeeper Marc-Andre ter Stegen preventing the home side from doubling their lead.
Barely a minute after Ter Stegen had blocked a gaping chance for Juanmi, Uruguayan striker Suarez took advantage of some confusion in the area following a free kick and smashed home from close range to the disbelief of the home supporters.
The Catalans took the lead following another set piece, Dembele sending the ball skidding in after goalkeeper Geronimo Rulli had flapped at a corner and left his net unguarded.
Real Sociedad still had several chances to equalise in the final stages but could not keep their composure in front of goal, while Barcelona walked away from a ground where luck has so often deserted them with three scarcely earned points.