Philippines warns of hazards ahead after powerful typhoon exits 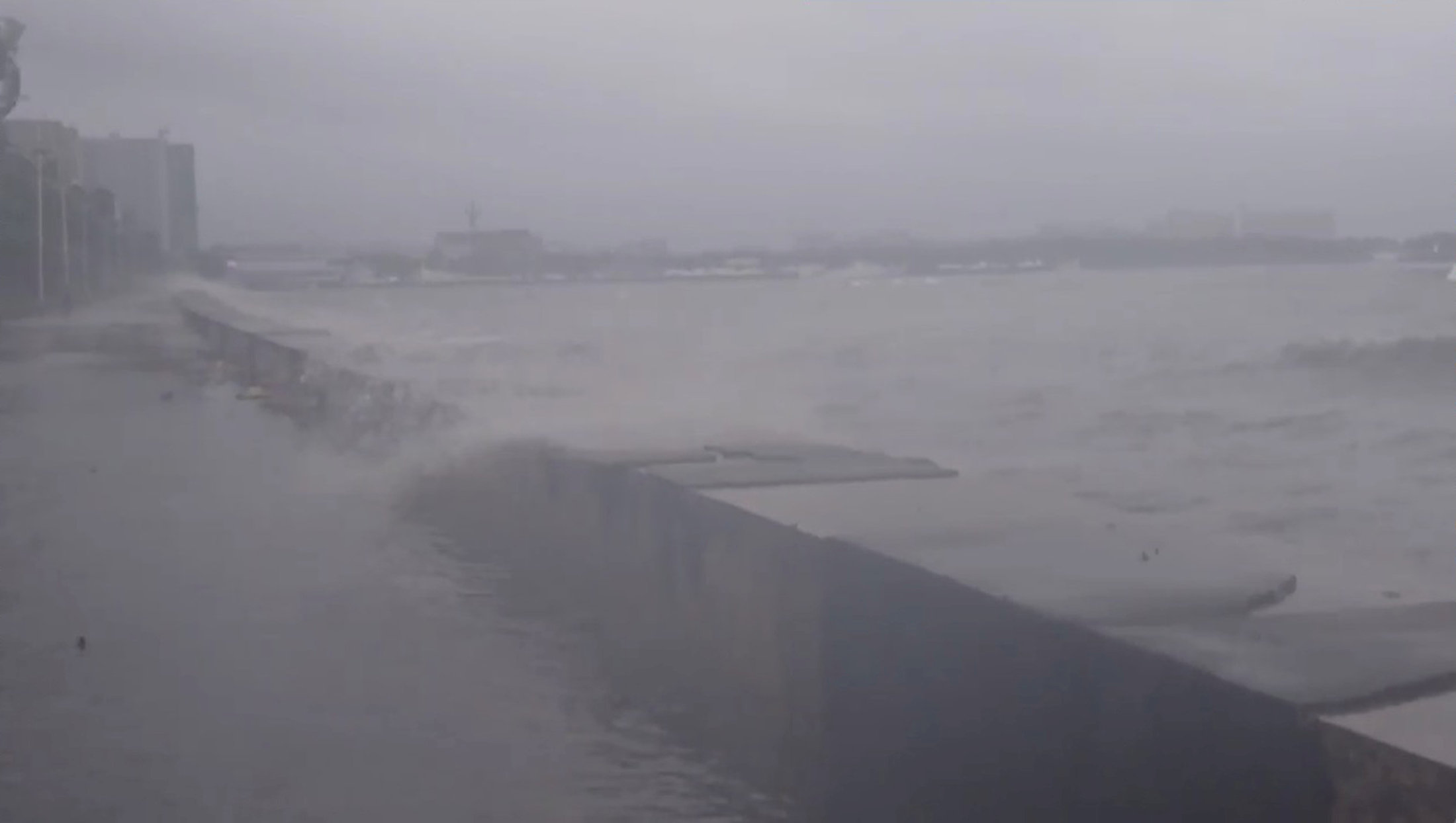 Manila: A strong typhoon tore through the northern tip of the Philippines on Saturday packing winds of more than 200 kph (124 mph) along with torrential rain, killing at least three people, wrecking homes and triggering at least 42 landslides.
Mangkhut entered the Philippines as a super typhoon in the early hours, and sent fierce winds and heavy rains across the entire main island of Luzon, home to about half the country's 105 million people.
Known locally as Ompong, Typhoon Mangkhut at one point had maximum gusts of 305 kph (190 mph) before it left the Philippines and moved towards Hong Kong and southern China, with wind speeds that reduced to 170 kph (106 mph) then to 160 kph in the evening.
The Philippine disaster agency said two rescue workers died while trying to free people trapped in a landslide in the mountainous Cordillera region, while police said a body had been found in a river in Manila.
Mauricio Domogan, mayor of Bagiuo, said three people were killed in landslides and six were missing. It was not clear if the three dead included the rescue workers.
"They didn't expect it would happen, that's why they didn't evacuate. Unfortunately it happened," he told DZMM radio.
State weather agency PAGASA downgraded its threat level, but warned the danger was far from over, with storm surges and heavy rains that had caused widespread flooding and landslides.
"We are asking the people to remain alert and continue taking precautions," said meteorologist Rene Paciente.
Rapid response teams were prepared to join the air force on search and rescue missions as civil defence teams scoured areas in the path of Mangkhut, which felled trees and pulled down lines of electricity poles.
Signs were seen hanging off shop fronts, sheet metal roofs peeled off and debris was strewn across urban roads.
There was flooding in several provinces and parts of the capital Manila and officials planned to release water from dams, fearing rains could push reservoirs to dangerous levels.
Mangkhut had been a category 5 storm for days since wreaking havoc in U.S. Pacific territories of Micronesia before edging towards the Philippines, where it is the 15th and strongest storm this year.
The typhoon's peak winds were stronger than those of Hurricane Florence in the United States after it piled into the Carolinas, before it was downgraded to a tropical storm.
More than 1,000 houses were impacted in Cagayan province, where the storm first made landfall.
Some 105,000 people in the Philippines were staying in temporary shelters after the mass evacuation of coastal areas following major storm surge warnings. Foreign and local aid groups were distributing supplies.
Power and communications were down in parts of northern Luzon, where some residents in high-risk areas chose to ride out the storm to protect homes from looters.
The Philippines is still haunted by the devastation of Typhoon Haiyan, which killed more than 6,300 people in central areas of the country in 2013, most due to huge storm surges.
But disaster officials said the country was now better prepared in terms of evacuating and informing high-risk communities, which had experienced a super typhoon in 2016 and knew what was coming.
"I talked to the president last night. His clear and concise marching order was 'Save lives, save lives,'" said Francis Tolentino, the government's disaster response coordinator and adviser to President Rodrigo Duterte, who was in his home city of Davao in the south.
Chinese State Councillor and Foreign Minister Wang Yi postponed a three-day visit to the Philippines starting Sunday, due to the typhoon.
Standing crops in northern and central Luzon took a battering from winds and floods in what is the biggest region in the Philippines for growing rice, corn and vegetables.
Faustino Dy, governor or Isabela province, said there were no reported casualties there, but farmland had been badly hit and the extent of infrastructure damage was unclear.
"The damage to our agriculture sector is huge. Our corn fields were flattened," he said.
"The weather has somewhat improved but we're still appealing to the people to stay indoors. Rivers usually swell after the storms."